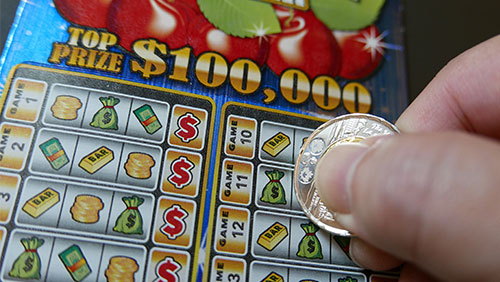 The Pennsylvania Lottery had a banner year last year. According to its most recent report for the 2017-18 fiscal year, the lottery sold more than $4.2 billion in games and paid out over $2.7 billion in prizes. The result was $1 billion in revenue generated for the state’s senior benefit plans.

The billion-dollar year set new records across the board – amount sold, amount paid out and revenue earned. It is also the seventh year in which the lottery has been able to see $1 billion go to the state’s senior citizens. Drew Svitko, the Pennsylvania Lottery Executive Director, said, “We’re proud that this was the seventh consecutive year in which we exceeded $1 billion in proceeds to benefit older adults. I’m grateful for the support of our players, business partners and the entire Lottery team for making this record year possible.”

According to a report by the Pennsylvania Lottery, “traditional” game sales took in over $4.2 billion, a $199.5 million increase over last year’s amount. It also broke the previous sales record, established in the 2015-16 fiscal year, of $4.13 billion.

Lucky winners received a total of over $2.7 billion, $145.5 million more than winners took home last year. 67 players won at least $1 million and $0.65 of each sales dollar was returned to winners.

Winners, and seniors, aren’t the only ones to benefit from the lottery program. Licensed lottery retailers earned over $224.1 million during the fiscal year, up $12.7 million over the previous period.

New offerings helped boost the numbers. Svitko pointed out, “It’s important to note that two new products, Keno and iLottery, also contributed to our success, although both were launched toward the end of the fiscal year. Keno, which went on sale May 1, generated more than $7.6 million in sales. New iLottery online interactive games, which launched May 22, were responsible for $20.8 million in play through June 30.

“These encouraging results show that our ongoing modernization efforts are succeeding. With the Lottery facing increased competition from sports wagering, mini-casinos and other new forms of gambling, we must continue to work hard to grow revenues to benefit older Pennsylvanians.”

The Pennsylvania Lottery is a division of the state’s Department of Revenue and, as such, has to provide regular earnings statements. It was first launched in 1972 and has contributed over $29 billion to a number of public services since its inception.