Hard Rock International wants a piece of Australia’s Gold Coast. The company has reportedly entered the race for the second Gold Coast casino license, indicating to the local government and tourism leaders that it would build an “entertainment-centric” integrated resort that would break the mold. 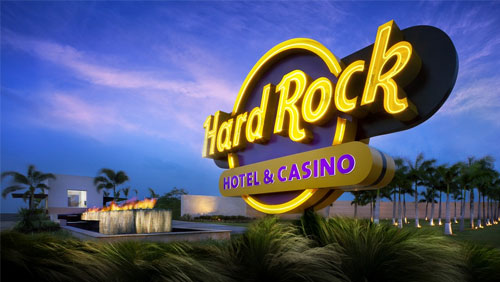 According to Hard Rock International CEO for Asia Pacific Edward Tracey, “We believe Queensland has a strong market potential for a new product paradigm, one that is more entertainment-centric, not merely in physical amenities themselves but how they are delivered to customers. People flock to the Hard Rock because of the lifestyle element the brand exudes. The casino is but one among a plethora of entertainment options.”

Queensland Tourism Minister Kate Jones has spoken, and Hard Rock is listening. Jones said that Queensland is adamant about the type of operation it wants to bring to the market. She said, “When we go to market on the Gold Coast, we’re making it clear that the focus should be on big-name entertainment, bringing the likes of Mariah Carey, Celine Dion and Jennifer Lopez to the Coast to perform.”

Tracey heard the message, loud and clear. He asserts, “This is the model that Hard Rock is currently building in Spain and that (U.S. gaming giant) Caesars has at destinations all over the world. We believe (with) the proposed locations in Queensland, each offers its own individual charm and opportunity and I can envisage a Hard Rock product for each setting.”

Hard Rock’s senior VP of development for Asia, Daniel Cheng, added, “I would like to express our company’s utmost interest and support to the very exciting Global Tourism Hub vision which we strongly believe will complement Queensland’s existing world-class tourism assets and vault the state’s tourism industry to greater heights. We look forward to participating and contributing on this journey with Queensland. We have been very busy but would like to reassure you the Queensland GTH vision continues to rank high in our attention.”

Hard Rock has been expanding its portfolio lately, even after selling its iconic Las Vegas facility to billionaire Sir Richard Branson earlier this year. It has plans to open a casino in Dublin, Ireland, and is said to be interested in bidding for a license in the newly opened gambling industry in Japan.