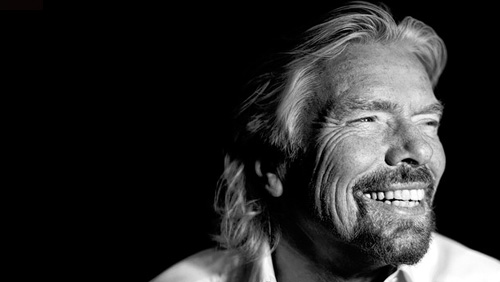 The UK billionaire Richard Branson has bought the Hard Rock Casino and Hotel in Las Vegas and confirms plans to spend hundreds of millions of dollars renovating the property over the next two years.

Why do grumpy people look so grumpy?

I’m in Starbuck. I’ve just shifted seats into the corner (old poker habit, I don’t want anyone looking at my cards), and I had to dump the mess onto t

he counter. Grumpy #1 wasn’t happy at all.

I order one of this newfangled tea things. It arrives, looking like something the Loch Ness monster would swim in. I take a sip and swallow a congealed lump of something green. I take it back. Grumpy #2 explains that the fault is mine for requesting almond milk instead of the stuff from the udders.

She repeated it was all the disgust of serving a vampire requesting baby blood.

I am seriously thinking of going to the Kitchen Superstore, buying a kettle and setting up shop outside.

In the 1980s, after his airline cancelled his flight from Puerto Rico to the British Virgin Islands, Richard Branson did just that (sort of). He hired a plane, borrowed a blackboard and some chalk, and sold seats at $39 a pop.

Since that stroke of genius, Branson has gone on to create the Virgin Group, consisting of 69k staff working for 60 different business, earning £16 billion in revenue annually thanks to more than 530 million customers.

And it all began with one Boeing 747.

What does that mean to the gambling industry in Las Vegas?

The Virgin Group’s subsidiary, Virgin Hotels, has bought the Hard Rock Hotel and Casino on the outskirts of the Las Vegas Strip. The cost of the deal is unknown, but Branson told the associated press that he plans to spend hundreds of millions of dollars renovated the gaff.

The 1,500 room/suite Las Vegas hotel will continue to operate as the Hard Rock until the renovations are complete sometime in 2019. Speaking to the press, Branson said his airlines had been taking people to Las Vegas for years, so it made sense to buy a pad.

“We wouldn’t have come to Las Vegas unless we could’ve found the property that was very Virgin, and I think that’s what we achieved,” said Branson.

It’s not a surprise that Branson built an airline. His uncle was a pilot during the Second World War, and his mother is a former air steward. I wonder who the gambler is?

Virgin Hotels didn’t do the deal alone. A group of partners invested including the LA-based investment firm Juniper Capital Partners. Virgin Hotel Las Vegas will be the second Virgin Hotel in existence (the first is in Chicago). Virgin Hotels have plans to open more across the US and in Edinburgh, Scotland.

There was a time when Branson’s Virgin Atlantic was losing £3m a year because customers kept stealing their salt and pepper pots. Rather than remove them from service, Branson told his team to write “Stolen from Virgin Atlantic” beneath them all. If you’re planning on nicking a roulette table during your time at his fancy new pad, you should beat that in mind.