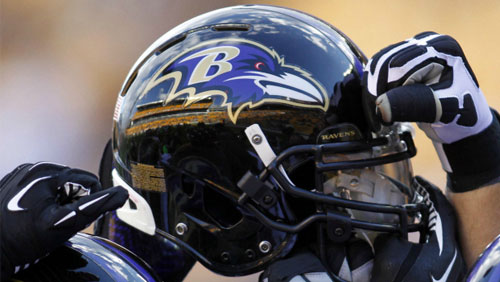 First off, let’s be clear: What a team does in the preseason has absolutely nothing to do with how it performs in the regular season barring major long-term injury in an exhibition game. Want

proof? The 2008 Detroit Lions were the first team in NFL history to finish a regular season at 0-16. They were perhaps the league’s most dominant team that preseason in going 4-0. Last year, the Cleveland Browns joined the Lions in 0-16 infamy. What did Cleveland do in the preseason? 4-0, naturally.

All that said, NFL bettors are going to wager on the preseason simply because football is back. And the exhibition slate begins as usual with the Hall of Fame Game from Canton, Ohio, on Thursday night. This year the participants are the Baltimore Ravens, who are 2.5-point favorites on the NFL odds, and the Chicago Bears. The league tries to schedule teams that will have someone inducted into the Pro Football Hall of Fame that weekend. Baltimore will send in Ray Lewis and Chicago will have Brian Urlacher, two legendary linebackers.

Because the Ravens and Bears will be the only teams to play a fifth preseason game, they were allowed to report to camp earlier than the other 30 clubs in the NFL. In all honesty, though, the Hall of Fame Game is largely a throw-away event for the teams participating. It’s unlikely most starters will play and if they do it will be briefly.

Perhaps the two biggest storylines entering Thursday are that it’s the head coaching debut of Chicago’s Matt Nagy and the (presumed) NFL debut of Baltimore quarterback Lamar Jackson. Nagy was the Kansas City Chiefs’ offensive coordinator last season and replaces John Fox. Jackson was an electric, record-setting player at Louisville and won the Heisman Trophy in 2016. The Ravens traded back into the end of the first round of this year’s draft to take Jackson as Joe Flacco’s eventual replacement.

Rookies like Jackson and backups should see most of the action. Chicago first-round rookie Roquan Smith, a linebacker from Georgia, will not play, however, due to a contract holdout.

It’s the Ravens’ first time playing in this game, while the Bears are 4-0 all-time in it. Baltimore coach John Harbaugh is an astounding 28-12 (27-13 ATS) in his preseason career with his team on an eight-game exhibition winning streak. That’s likely why Baltimore is favored.