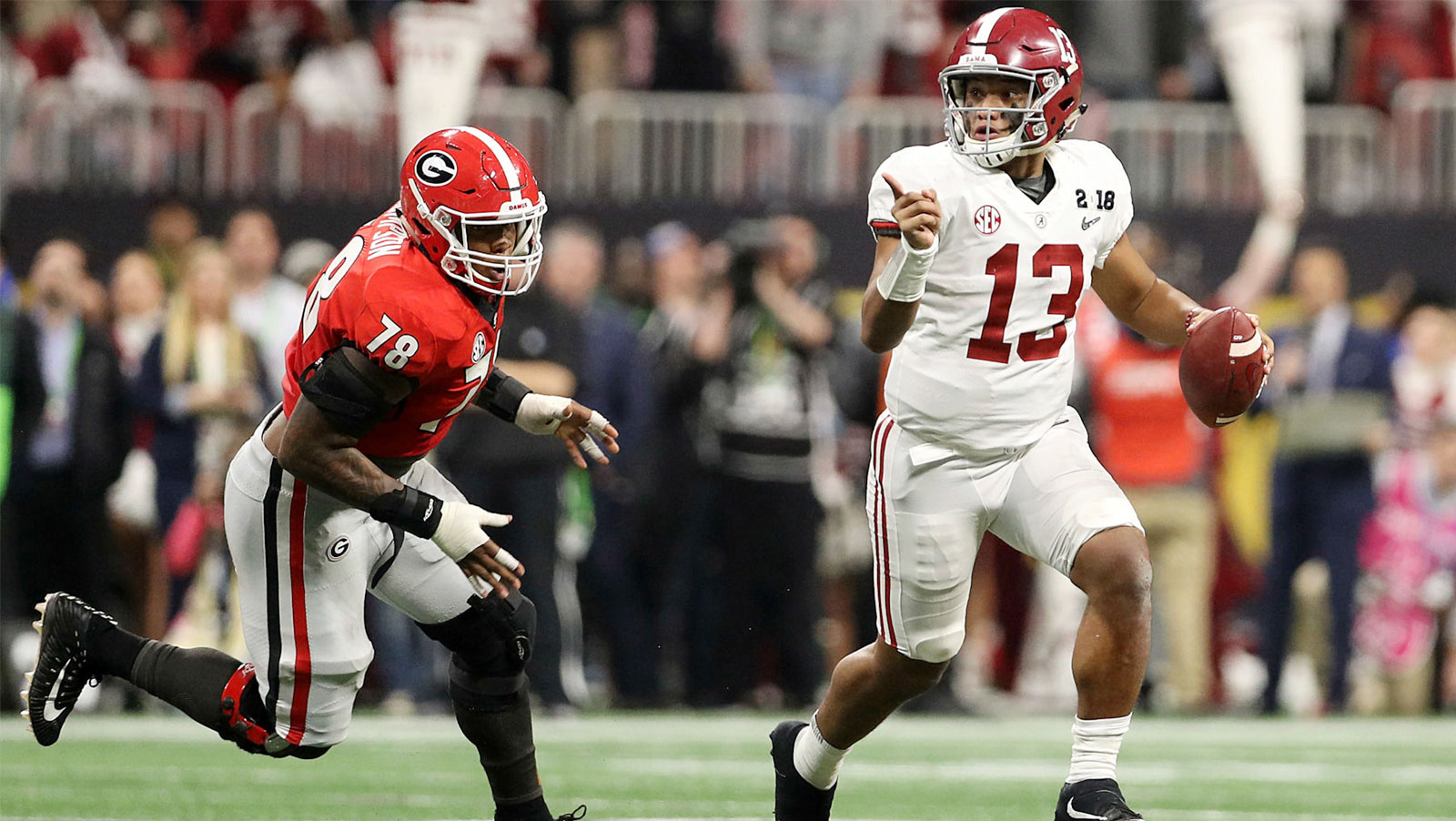 Here’s something you probably can’t remember seeing: A player as a co-favorite on the Heisman Trophy odds who might not even begin a season as a starter on his team.

Said player is Alabama sophomore quarterback Tua Tagovailoa, who is +700 on the futures odds to win the Heisman along with Stanford senior running back Bryce Love. With all its tradition, one might expect Alabama to be among the leaders nationally in Heisman Trophy winners, but the Tide have had just two and only since 2009: running backs Mark Ingram and Derrick Henry. Of course, the most famous former Alabama QB is a guy named Joe Namath.

Tagovailoa barely played last regular season as a freshman but rescued a struggling Alabama offense by taking over for Jalen Hurts in the second half of the national championship game against Georgia. Tagovailoa, from Hawaii like former Oregon Heisman winner Marcus Mariota, threw one of the most memorable passes in NCAA history in that game: a walk-off 41-yard touchdown to DeVonta Smith for the 26-23 overtime victory.

Nick Saban has yet to reveal whether Tagovailoa or Hurts will be his 2018 starting quarterback and Saban has no reason to reveal that before the team takes the field Week 1 against Louisville. Better to keep the opposition guessing, and if Saban makes a choice too early the loser might decide to transfer. Or, he could play both guys as Tagovailoa is the better passer and Hurts the superior runner. Hurts is not available on the Heisman prop currently, but Tide running back Damien Harris (+4500) is on the board.

There’s another young quarterback among the Heisman favorites who might not start for his team, either: Clemson true freshman Trevor Lawrence, who is +1500. He’s battling senior Kelly Bryant, who had a fine 2017 season until struggling mightily in the College Football Playoff loss to Alabama. Lawrence obviously has no collegiate experience but has a much higher ceiling and was the No. 1 rated prospect in the country by some services. Bryant is +4000 on this prop, with Tigers running back Travis Etienne at +7000.

Oklahoma quarterback Kyler Murray was a first-round pick by the Oakland A’s in June’s Major League Baseball amateur draft, but he’s putting off baseball full time for at least one college football season. Murray is +2000 to give the Sooners their second straight Heisman-winning quarterback after Baker Mayfield last year. Oklahoma also has running back Rodney Anderson (+4000) as a Heisman option.