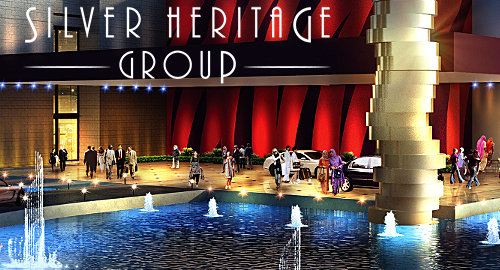 Casino operator Silver Heritage Group says its Q2 numbers are way up, but its marquee property in Nepal is still not doing the heavy lifting.

On Thursday, the Australian-listed Silver Heritage filed a trading update for the three months ending June 30, during which it says gross gaming revenue improved 62% year-on-year to US$11.4m, a new record high for the company since it listed on the Australian Stock Exchange in 2016.

It goes without saying that $11.4m is a rounding error on many larger casino operators’ quarterly reports, but like the song says, Silver Heritage has high hopes for the future. Particularly given the recent launch of the company’s flagship property in Nepal, the Tiger Palace Resort.

That said, Tiger Palace contributed only $1.35m in gross gaming revenue to Silver Heritage’s Q2 total, the smallest figure among the company’s three gaming properties. By comparison, the Phoenix International Club in Vietnam contributed $8.52m (+44%) and the Millionaire’s Club and Casino in Kathmandu anted up $1.52m (+38%).

Tiger Palace had a somewhat rough birthing, which may have played into the senior management shakeup Silver Heritage underwent this spring. Chairman David Green left in favor of James Spenceley, while the board also bid goodbye to director Richard Barker. Company co-founder and biz-dev president Tim Shepherd tendered his resignation the previous August.