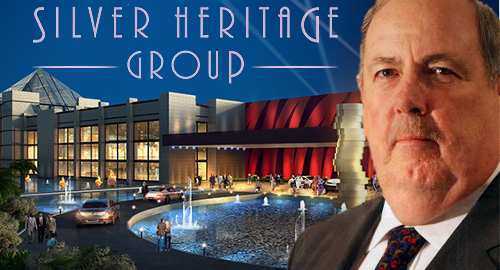 On Monday, the Australian-listed Silver Heritage informed investors that its chairman and non-executive director David Green (pictured) had tendered his resignation as director “with immediate effect.” The brief announcement stated only that Green had quit “for personal reasons and also to enable him to focus upon other business interests.”

The company thanked Green for his “considerable effort and input during his tenure as director.” Matthew Hunter, an independent director since 2014, has been installed as interim chairman.

The company offered no guidance on what process might be forthcoming to find a permanent replacement, strongly suggesting that Green’s exit was something of a surprise.

This is the second major executive departure Silver Heritage has endured in nine months. Last August, co-founder Tim Shepherd exited the firm in equally speedy and vague fashion, despite the company being on the cusp of opening its Tiger Palace Resort Bhairahawa casino on Nepal’s border with India.

Tiger Palace had its grand opening this March, although the property’s VIP and premium mass gaming areas still weren’t ready to accept high-rolling guests. Despite the limited offering, the company recently claimed that business at Tiger Palace has continued to grow since its launch.

CASINO MANAGER ACCUSED OF FUNNY MONEY BUSINESS
In other Nepalese casino news, police have arrested a manager of the Kings Lounge Casino at the Saathhi Hotel in Dhangadhi, a city on the border with the Indian state of Uttar Pradesh. The manager and a Malaysian national are suspected of laundering high-denomination bank notes that India’s government banned in 2016.

According to the Kathmandu Post, local police received a tip that the casino was engaged in so-called ‘hundi’ activities, which involves the transfer of money through illegal channels. A raid subsequently uncovered NRs1.2m (US$11,100) and IRs200k ($3k) in cash, including many of the banned Rs500 and Rs2k denominations. Investigations into the situation continue.