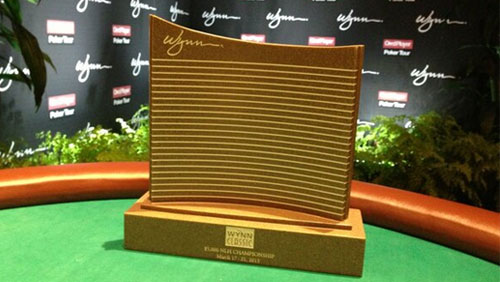 While the WSOP has been running hot and heavy at the Rio in Las Vegas, just down the road, the Wynn Summer Classic got underway last week. The $1,600 Championship event began with three starting flights and saw 2,119 players descend on the casino for a chance to grab a piece of the prize pool. The incredible turnout saw the $1.5-million guarantee more than double, reaching just under $3.1 million. By the time the final cards were flipped over, Romania’s Florian Duta emerged victorious, taking home the top prize of $429,161.

Going into the final day, Duta was in command of the table. He led with 7.5 million chips and held onto the lead for the duration of the action. He began to eliminate players, first taking out Richard Tatalovich in seventh, following it by sending Jack O’Neill to the rail in sixth.

Next to be sent packing was Kovoor Jayaram, the first final table finalist to receive a six-figure payday with a little more than $103,000. Steven van Zadelhoff, the Dutch player who took down the $1.6-million WCOOP Main Event in 2017, would go next, pocking $139,801 in the process. After Cy Williams exited with $195,722 in third place, Duta found himself in a showdown against Bulgarian player Yuliyan Kolev.

It wasn’t an equal matchup, due to the monster stack Duta was showing off at the table. Kolev could never find his footing and would eventually fall in second place. It wasn’t all bad, though, as his $283,796 purse certainly made the $1,600 investment worthwhile.

The Championship tournament wasn’t the only event offering a mega prize pool. There were also two $1-million tournaments, each with a buy-in of $1,100, that saw some incredible action, as well. Dominic Coombe and Kwun Li chopped one for $266,639 and $280,594, respectively. The other was won by Athanasios Polychronopoulos, who added $231,507 to his live earnings of $2.1 million. The New York poker pro chopped the pot with Phachara Wongwichit and Stephen Ma, who each took home approximately $204,000. Darren Elias, who holds four WPT titles, also made it to the final table of that event, but was eliminated in eights place for $37,365.