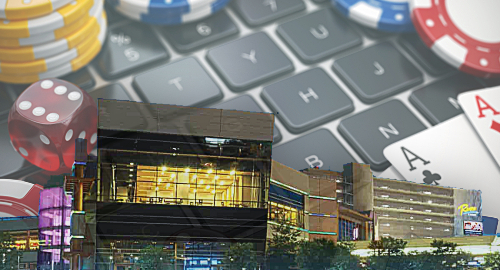 At least six Pennsylvania casino operators have filed applications to offer online gambling ahead of Monday’s initial licensing round deadline.

In April, the Pennsylvania Gaming Control Board (PGCB) invited its 13 brick-and-mortar casino licensees to apply for multi-vertical (slots, table games, poker) online gambling licenses, which were available for $10m. But well into July, the PGCB had yet to receive a single application.

On Friday, the dam broke with news that the operators of the state’s market-leading Parx Casino, the Mount Airy Casino Resort in the Poconos and the as-yet-unbuilt Live! Hotel & Casino in South Philly had submitted applications.

While the PGCB won’t release full details until Tuesday, the Pittsburgh Post-Gazette reported that operators of Pittsburgh’s Rivers Casino (pictured), the SugarHouse in Philadelphia (which already operates the PlaySugarhouse.com site in neighboring New Jersey) and the Hollywood Casino in Dauphin County had also joined the application parade.

The Post-Gazette quoted Eric Schippers, exec VP of Hollywood Casino owner Penn National Gaming, saying that his company had filed an application in order to have “a seat at the table” in the hopes of convincing state legislators to rethink their plans to impose the same “exorbitant” land-based slots tax rate of 54% on online slots.

Under the gambling expansion legislation the state approved last fall, the PGCB will now offer individual online gambling product licenses for $4m apiece. While the table games licenses will likely prove popular, poker may prove a harder sell, while the hefty online slots tax – and competition from the state lottery – could keep those licenses on the shelf until sanity returns to the state legislature.

Assuming there are still licenses up for grabs after the product-specific license deadline passes in another month’s time, the PGCB will then invite “qualified” entities not holding a Pennsylvania gaming license to submit applications. Which could prove mighty interesting, depending on who steps forward.

Pennsylvania is experiencing a similar lack of urgency in applications for its sports betting licenses, likely (again) due to its imposition of a 36% tax rate. Philly.com quoted State Rep. Rob Matzie saying that once one casino opens a sportsbook, “all of a sudden everyone will fall in line, and they’ll all want to be part of that.” But most observers — at least, those not holding elected office in the state — view the betting tax as punitive, if not utterly unworkable.