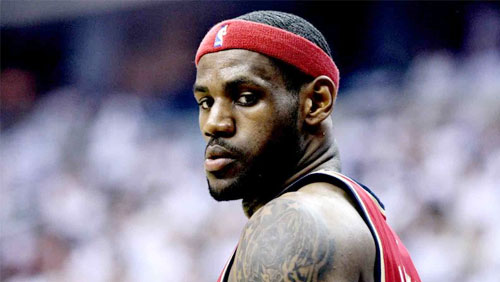 There are still some very good players available on the NBA’s free-agent market, but it doesn’t matter where they choose to sign because we already have a winner of basketball’s offseason: The Los Angeles Lakers.

The NBA is a better and more interesting league when its marquee franchises are championship contenders, and the two most storied teams in the NBA are the Boston Celtics and the Lakers. Alas, the purple and gold haven’t finished with a winning record since 2012-13, which was also the last time Los Angeles made the postseason. It will surely be back there next spring after luring LeBron James from the Cleveland Cavaliers in free agency.

LeBron’s move has jumped the Lakers up the odds to win the 2018-19 NBA title to +460, but still behind the two-time reigning champion Golden State Warriors (-185) at online sportsbooks. James reportedly reached out to Warriors star Kevin Durant in an attempt to get KD to join him in Los Angeles but was unsuccessful. Durant signed a one-plus-one deal to stay with the Warriors, who then incredibly also were able to lure four-time All-Star DeMarcus Cousins on a way-below-market one-year contract. Now Golden State could start five All-Stars once Cousins is healthy off rehab from a serious Achilles injury. Not fair.

Those Lakers odds seem a bit optimistic considering this is a team that won only 35 games last season and is still quite young. However, oddsmakers could be banking on the Lakers adding another big-name player this summer, either in free agency (Chris Bosh?) or via trade (Kawhi Leonard?).

As amazing as James is, the Lakers likely aren’t any better than the third-best team in the West right now behind Golden State and the Houston Rockets (+800), another club that was recruiting James. The Lakers have added some veteran pieces in Rajon Rondo, Lance Stephenson and JaVale McGee, but those are bench guys.

The last time a non-LeBron team represented the Eastern Conference in the NBA Finals was in 2010 when the Boston Celtics eliminated James’ Cavaliers in the conference semifinals – that loss was the impetus for James leaving Cleveland the first time for the Miami Heat. Now, Boston has the shortest odds of any East team to win it all next season at +510.

Of course, the Celtics lost to James’ Cavaliers in seven games in this year’s East Finals. Impressive that Boston got that far without injured All-Stars Kyrie Irving and Gordon Hayward. Don’t rule out the Celtics making a play for Leonard via trade.

The Philadelphia 76ers would have been an absolute monster had they been able to lure James but are back at +1425 on the NBA title odds. The Sixers are known to covet Leonard and might have the best pieces to get him, especially if the San Antonio Spurs (+5000) don’t want to trade him in the Western Conference.

Then we have the Cavaliers, who are way down at +50000 to win the 2019 championship. It’s rebuilding time in the Land.