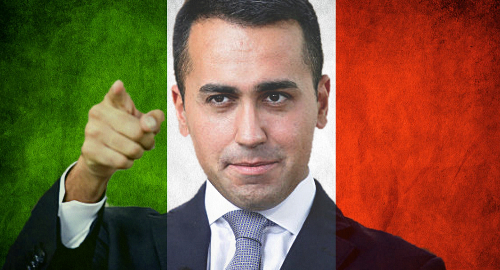 Italy has made good on its threat to ban all gambling advertising and sponsorships, while offering further details on how soon existing deals must conclude.

Monday saw Italy’s Council of Ministers approve the latest draft of the new coalition government’s so-called Dignity Decree, which includes a blanket ban on all gambling advertising and sponsorships, regardless of the medium through which they’re promoted. The decree must now be approved by the full parliament within 60 days.

The ban is scheduled to kick in on January 1, 2019. Before the vote, Deputy PM Luigi Di Maio, who also serves as Minister of Labor and Economic Development, indicated that the decree would allow existing advertising and sponsorship contracts to continue although they couldn’t be renewed.

After the vote, Di Maio (pictured) claimed that the government would give gambling operators “a few months” to resolve their existing contracts. Francesco Silvestri, vice-president of the Five Star Movement party in the Chamber of Deputies, subsequently claimed that this transitional period “will last at most until June 30, 2019.”

Silvestri said that gambling operators and their sports and media partners had pressed for all existing contracts to extend through their stipulated duration. But Silvestri noted that some of these contracts called for “a duration of up to nine years,” a scenario that the populist coalition government couldn’t support.

Italy’s gambling operators spend an estimated €200m per year promoting their activities, with around €120m of that sum reportedly devoted to sponsoring sports teams and leagues. These leagues are expected to conduct some heavy lobbying over the next 60 days in a last-ditch bid to stave off financial disaster.

Italian football organizations have already warned that the decrease in their sponsorship funding would likely make it more difficult to provide match broadcasts over free-to-air television networks.

Somewhat disingenuously, Di Maio claimed he wasn’t looking to “celebrate” his accomplishment of banning gambling advertising “forever,” but emphasized his view that Italy is leading the way among European countries in reining in the gambling industry’s promotional excesses.

Di Maio called Italy “one of the most futuristic countries in Europe,” leaving out the distinct possibility that this future he envisions is somewhat dystopian.