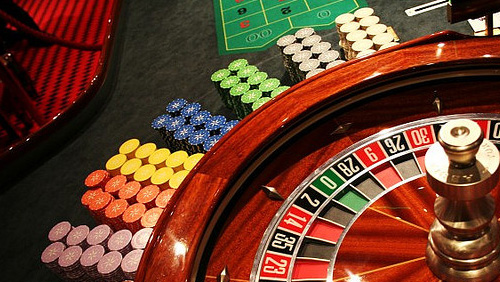 Casino operator Melco International Development has finally opened the doors of its temporary Cyprus casino to the public, according to the Cyprus Mail.

The $15 million C2 Cyprus casino welcomed its first guests on Thursday as part of Melco’s campaign for everyone to get a glimpse and experience their “renowned standards and quality of service,” according to Craig Ballantyne, president of an entity called City of Dreams Mediterranean and Cyprus Casinos.

Ballantyne said that the stand-in casino, occupying a 4,600-square-meter space that used to be a supermarket in Limassol, has 33 tables and 242 slot machines, a VIP gaming area, a restaurant and two bars serving food and drinks. The facility can accommodate up to 1,000 customers.

The ‘pop-up’ casino employs 593 people, 75 percent of them are Cypriots, according to the Melco Executive.

C2 is said to be the first of the five satellite gaming facilities that will open in Cyprus in the coming months as the construction of the €550 million ($637 million) City of Dreams Mediterranean (CDM) resort gets underway.

Lawrence Ho earlier said that the temporary casinos  will rise in the areas of Nicosia and Paphos before the end of 2018, while Larnaca and Famagusta satellite venues will open by 2019. The C2 casino will be operational until 2021.

The terms of Melco’s 30-year monopoly casino concession allow it to operate a temporary casino and three smaller slots halls while the main resort is under construction. Cypriot officials issued the necessary license for the temporary venue in early June.

To differentiate its European gaming facility, CDM will offer guests something that resembles the old town area of Nicosia, the Republic’s largest city. The aesthetics will feature greenery and large trees to make guests feel that they are in a village overlooking the hillside.

A previous PricewaterhouseCoopers report estimated that the Melco’s integrated resort will generate economic activity of over €700 million ($815.68 million) per year.