Genting Hong Kong, the casino cruise arm of Genting Bhd, is improving its fleet of casino vessels. Through its German subsidiary, MV Werften Wismar GmBH, the company has reached an agreement with a Finnish marine engineering company that will be responsible for outfitting the ships with fixtures and equipment. The deal will see Genting pay the company, Almaco Group 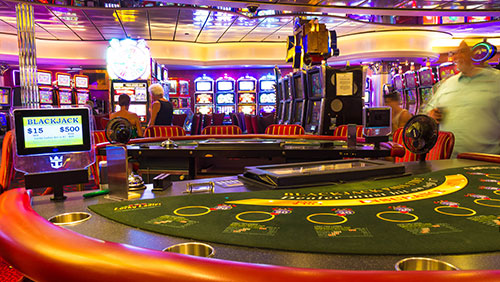 Oy, approximately $97.1 million to outfit the ships that are scheduled to be complete between now and 2021.

Genting made the announcement through a filing with the Hong Kong Stock Exchange. It added that the price was agreed upon after “arm’s length negotiations between the parties with reference to, among others, the market value of similar systems for installation onto, and use by, comparable cruises at the time of negotiation.”

Almaco is a full service engineering contractor that provides new ship construction, as well as renovations of areas such as cabins, public spaces, galleys, wet units, machinery and refrigeration spaces, living quarters and store rooms. The two companies had previously reached an agreement for Almaco to supply MV Weften with equipment worth around $30 million.

Genting operates cruise ships under three brands—Crystal Cruises, which it acquired in 2015, Dream Cruises and Star Cruises. The company has positioned each for a specific market, with Crystal geared for the ultra-luxury segment, Dream for the premium segment and Star for the contemporary segment.

The company indicated two years ago that it would be spending over $115 million to upgrade its German-based shipyards, which it had acquired starting the year before. Genting acquired three shipyards in April 2016 that would be used for building larger ships. Another shipyard, which it purchased a year earlier is used for repairs and conversions, as well as the construction of mega yachts.

Almaco Group was founded in 1998 in Finland. It has since expanded to open offices around the world, including in Brazil, the U.S., France, Germany, Italy, China and Singapore. While its main focus has almost always been shipbuilding, it has branched out from time to time. In 2014, the company was awarded a contract to build the rooms, suites and common areas for Resorts World Bimini in the Bahamas.