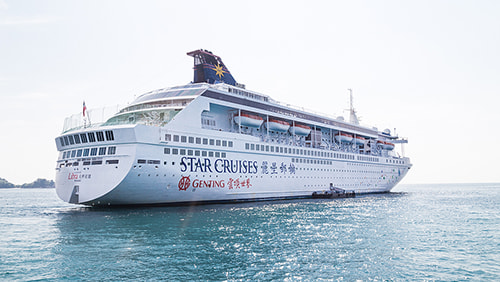 Genting HK has had a rough year. Just like all gaming operators, it never anticipated its world would be turned upside down from one day to the next over a microscopic virus, but that’s the reality everyone is now facing. The company had spent massive amounts of money preparing a fleet of casino cruise ships that, for the most part, have only been able to stay high and dry while the COVID-19 pandemic is brought under control. As a result, Genting has had money issues virtually this entire year and has had to find different means of covering its expenses. The latest attempt to straighten things out might be found in Macau, where the company is going to sell 50% of a local subsidiary behind a hotel project in the city.

Genting HK announced that it is working on a deal that would see it pick up $96.7 million in return for offloading half of its stake in Genting Macau Holdings Ltd. That entity subsequently controls another unit, Treasure Island Entertainment Complex Ltd., which is directly behind the hotel project located in the Nam Van area of the city. Genting Macau owns 75% of that company, and White Supreme Corp. out of the Marshall Islands is said to be the entity ready to put its money behind the project through the purchase of Genting Macau.

White Supreme, of which well-known Macau investor Ao Mio Leong is the principal shareholder, is going to pay $6.45 million for the 50% cut of the company, and $90.3 million to cover a shareholder’s loan, as well as interest, Genting Macau owes to Star Cruises Asia Holding Ltd. The latter entity is a wholly-owned subsidiary of Genting HK that has “significant highlights across operations in Asia and America,” according to a company statement. It primarily focuses on cruises in and around Asia.

White Supreme could also eventually own Genting Macau completely. The sales agreement includes a clause that covers call and put options, and which would allow the company to purchase the other 50% sometime in the future if it wants to. Treasure Island has several hospitality projects in the works in Macau, and making the purchase could prove lucrative as Macau looks to expand its tourism options.

This year has been so hard on Genting HK that it had to take a break from making certain payments on its credit obligations, and the company’s chairman, Lim Lok Thay, put up his entire stake in the company as collateral to keep it running forward. Genting HK, through subsidiary Genting Cruise Lines, just launched its “cruises to nowhere” out of Singapore last week, which should help it begin to make a recovery. However, the road ahead is going to be long and winding.

The move to sell the Genting Macau stake will help the company make progress in its recovery efforts, and it said that the agreement is “aligned with the group’s objective to sell non-core assets,” adding that it will “reduce the group’s financial burden in meeting future funding requirements in relation to Genting Macau’s business.” It also explained, “The transaction will increase the liquidity of the group, with the proceeds being used for general working capital for the Group, thereby enabling layup of the cruise ships in its fleet which are not in operation as well as the ongoing operation of those cruise ships that continue to sail, in addition to funding the group’s cruise-related and other operations.”