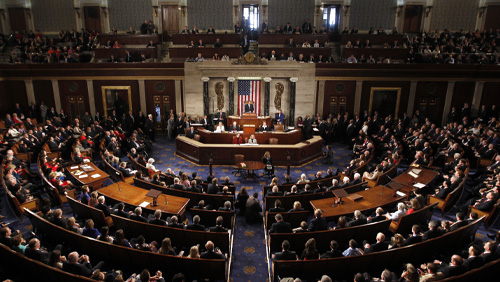 A proposal seeking to regulate online gambling in Michigan has passed the thorough scrutiny of the State House.

The Detroit News reported that Michigan lawmakers voted 68-40 in favor of a bill that would authorize the state’s commercial and tribal casinos to offer internet gaming. The legislation will now be sent to the Senate for their consideration, which isn’t back in session until September.

The state plans to impose 8 percent tax on online gambling revenues, 35 percent of which will go to the Internet Gaming Fund, which was tasked with enforcing regulations. The Michigan transportation fund and school state aid fund would each get 5 percent, while the city of Detroit — where all three of Michigan’s commercial casinos are based — would take the lion’s share of 55 percent.

Michigan’s 23 tribal casinos will have to amend their existing gaming compacts with the state in order to offer online gambling.

If approved by the Senate, the legislation may also pave the way for legal sports betting in the state, according to lead sponsor Rep. Brandt Iden.

The U.S. witnessed a wave of proposed online gambling legislation in recent weeks after the Supreme Court lifted the ban on federal sports betting. Delaware was the first state to join Nevada in the single-game sports betting club.

New Jersey, which became instrumental in the repeal of the Professional and Amateur Sports Protection Act (PASPA) of 1992, will launch its wagering operations this week after Gov. Phil Murphy signed his state’s sports betting legislation.

Meanwhile, proponents of gambling expansion in Illinois couldn’t help but watch with envy as these states start offering an array of online games.

The Illinois News Network reported that gambling backers would be prodding lawmakers to open a special session on gambling expansion this summer after the legislation failed to advance last month. State Rep. Bob Rita believes that the state could rake more than $700 million in new revenue from expanded gambling.