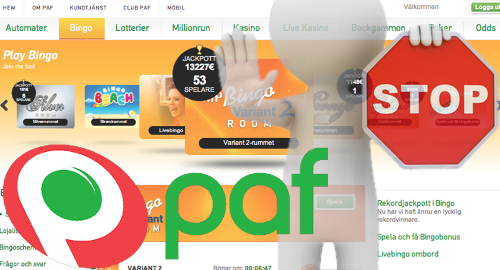 Finland’s Paf is claiming to be the first online gambling operator to introduce a fixed annual loss-limit as part of its responsible gambling protocols.

Paf, which operates in Finland’s autonomous Swedish-speaking Åland islands region, says it is prepping a program that will impose a hard cap on customer losses at €30k per year. The program will take effect on September 1 and will apply to all customers on all markets.

Paf CEO Christer Fahlstedt said the new program will likely trim the company’s annual income by around 5%, but claimed the good sides of the loss-limits “simply outweigh the bad.” Fahlstedt added that the new restrictions would force the company to “recruit customers who play at a sustainable level.”

Paf reported turnover of €116.5m in 2017, €3m higher than 2016’s total, while profit hit €27.6m, in part due to the sale of its Italian-based Winga operation to LeoVegas. Most of this profit (€18m) will be redirected to Åland’s regional government to fund social programs.

Fahlstedt noted that the gaming industry’s reputation has taken a beating in recent years and “concrete measures need to be taken in order to regain the trust of the public.” Paf recommended that Sweden incorporate a fixed loss-limit in its new online gambling legislation, and while the government opted against its inclusion, Paf hopes its example will encourage Sweden to rethink its position.

Paf has been increasing its responsible gambling measures in a bid to make its Swedish online gambling licensing application stand out from the crowd. Last year, Paf initiated roughly 9,400 contacts with customers suspected of problem gambling behavior, a nearly fivefold increase from the number of interventions in 2016.

Finland routinely ranks in the global top-five in per capita gambling spending, and leads all other European markets in this metric. A 2015 study by the National Institute for Health and Welfare found that 80% of Finland’s population engaged in at least one form of gambling every year.

University of Helsinki researcher Riitta Matilainen recently observed that Finns had become socialized to gambling, in part due to the state-owned gaming monopolies kicking back most of their profits to social programs.

For years, betting agency Veikkaus operated under the slogan “A Finn always wins,” emphasizing that even if the individual gambler lost, the country as a whole stood to benefit. Matilainen said the result was that gambling “became a phenomenon strongly anchored in Finnish everyday life.”