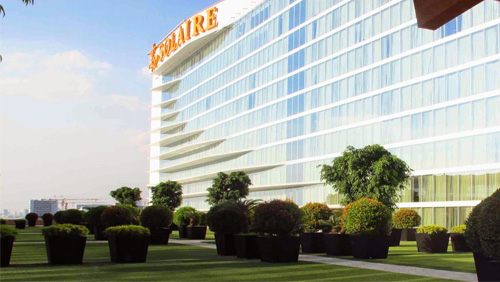 A unit of Philippine-listed casino operator Bloomberry Resorts Corp. (BRC) is buying more than 1 million shares of its parent company, which will be given as a reward to Solaire Resort and Casino’s loyal patrons.

In a regulatory filing, Bloomberry Resorts and Hotel Inc. (BRHI) announced that its board members have approved the purchase of up to 1.5 million shares of BRC via at market price.

This is not the first time that BRHI bought BRC shares. In January, BRHI bought 2 million BRC shares to reward Solaire’s loyal patrons.

In other Philippine casino news, a local prosecutor has decided to inhibit himself from handling the fraud case that a local unit of Universal Entertainment Corp. filed against its ousted chairman Kazuo Okada.

Rappler reported that Acting Prosecutor General Jorge Catalan has granted the petition of Tiger Resort Leisure & Entertainment Incorporated (TRLEI), saying that he will be “refraining from taking any action on these cases, much less to recommend the designation of a prosecutor as acting city prosecutor of Parañaque City.”

Before he was assigned as the Acting Prosecutor General, Catalan was the government lawyer who handled and dismissed the fraud case of TRLEI against Okada in Makati City.

With his inhibition, Catalan said that he will let Philippine Justice Secretary Menardo Guevarra raffle off the case of TRLEI.

The second criminal case against Okada stemmed from the Japanese mogul’s decision to award a $7-million supply contract for the installation of LED fixtures in Okada Manila to his own company, Aruze Philippines Manufacturing Inc.