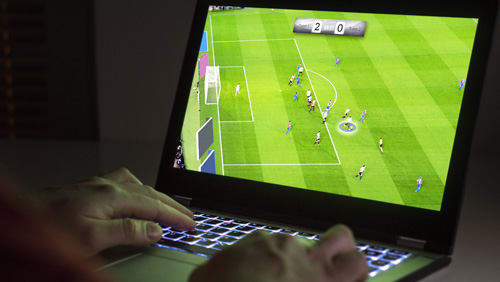 I can’t play the game.

I have zero patience.

In the 90s I was one-third of the managerial contingent that negotiated The New Deal for Traincrew revisions. Sat across the table from the three of us were the wise old owls of the Associated Society of Locomotive Engineers and Firemen (ASLEF), one of the most notorious trade unions in the UK.

We represented our CEO.

They represented their members.

All of us had a pressing need to agree to anything.

One thing I learned throughout those months was the art of confusion. Whenever there was a disagreement between both parties, each would meet in the middle with a form of words that was so ambiguous that the people on the ground, responsible for implementing the new revisions, would be fighting for eternity on the point of interpretation. Management would argue it meant ‘x’, and the union would argue it meant ‘y’ – but a deal was signed.

Has a similar thing happened with esports in New Jersey?

On May 14, the Supreme Court voted in favour of overturning the 1992 Professional and Amateur Sports Protection Act (PASPA), thereby giving states the ability to create laws to legalise and license sports betting. The gambling community fired rockets into the sky including those involved in the newly formed esports betting markets.

First off the mark was Delaware.

Coming up on the rear are the slightly bigger thighs of New Jersey, and it seems that esports operators are going to be left haggling over a point of interpretation because the revised bill that sits before NJ Gov. Phil Murphy contains wording that could jeopardise betting on esports in the state.

Here is the paragraph that’s causing all the controversy:

“A prohibited sports event includes all high school sports events, electronic sports, and competitive video games but does not include international sports events in which persons under age 18 make up a minority of the participants.”

I would assume because of the vagueness of the paragraph that its inclusion is to appease the ‘for’ and ‘against’ arguments for esports’ inclusion in the bill. Maybe the key goal of the bill creators is to get ‘anything’ passed as soon as possible, as it seems apparent that some of those holding court believe playing professional video games is child’s play.

Unikrn founder, Rahul Sood, addressed politicians Eric Houghtaling and Raj Mukherji via Twitter urging them to reconsider their ‘miss on esports’ reminding them of the reason the Supreme Court burned PASPA at the stake in the first place.

“Without regulation, we end up with seriously bad actors.”, wrote Sood before ending his five tweet note with an offer for them to sit down and talk to him about the decision, otherwise, “Casinos will miss an entire generation of customers.”


The first official esports bet occurred in Nevada, 2016, after William Hill US received permission from the Nevada Gaming Control Board (NGCB).

It seems, moving forward, that this will have to happen on an event by event basis in New Jersey until such a time that the law changes, once again, to allow esports betting.

And you all know how long that will take.

$5 billion was wagered on esports last year, making this an oversight if ever I have seen one.