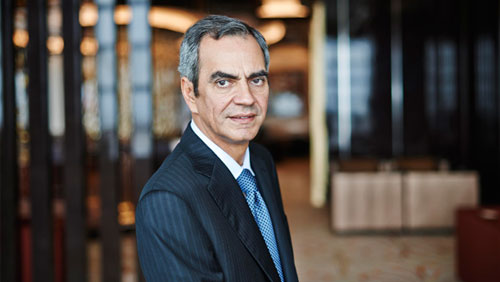 Enrique Razon, Jr., founder and chairman of Bloomberry Resorts, told company stockholders this past Tuesday that the second Solaire casino in the Philippines will finally break ground sometime in 2019. He added that the final design should be ready by next January, saying that the integrated resort (IR) could have the same total floor space as its casino in Entertainment City in Manila. Since the second Solaire, which will be built in Quezon City, has less real estate, the only way to offer the same floor space will be to build up and not out.

Razon told the shareholders, “We will complete the masterplan for the Quezon City casino project by January next year. This is part of our strategy to capture the base mass segment in the north.”

Sureste Properties Inc., a Bloomberry subsidiary and operator of the first Solaire, purchased the Quezon City land in 2015. It spent about $37.8 million for the 3.87 acres, and hopes to have construction completed by 2022.

Quezon City and Manila could share the gambling market, although Razon says he’s not concerned about cannibalization. The two cities are only about 18 miles apart, which means both Solaire casinos could potentially serve the same market. Razon explained, “We expect the market to grow. We foresee that tourism will continue to play a significant role in the growth of Philippine IRs. Growth will likewise be boosted by the rise in middle-class incomes and increasing connectivity across the region. In Entertainment City, infrastructure and real estate projects are being constructed at a rapid rate and this should drive increased foot traffic into Solaire.”

The new Solaire has seen several delays that have hampered its progress. It was supposed to see construction get underway in 2017, but plans were pushed back due to “informal settlers” on the property. In April 2017, Razon said that he anticipated construction to begin this year, but that deadline, too, will come and go.

Bloomberry’s flagship Solaire Resort & Casino, with a price tag of $1.2 billion, was the first IR to open in Entertainment City. It includes several gaming areas, a five-star hotel with a total of 800 guest rooms, suites and villas and several retail and dining spaces.