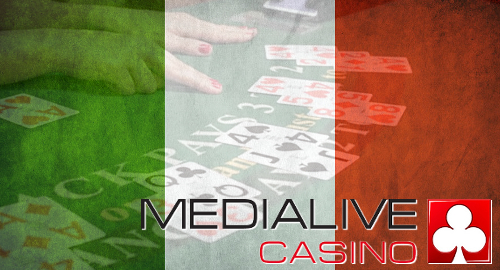 Ever since CalvinAyre.com reported on these events, we have been deluged with requests, demands and the occasional threat of legal action from Medialive reps trying to get us to take the articles offline.

Medialive’s commercial director Rob Wheeler went as far as to call the articles “a complete fabrication” and called this writer “a complete story teller,” while vowing to “file a lawsuit and sue you” if the articles weren’t retracted.

Wheeler insists that the Medialive directors were arrested due to “a small underpayment in tax, over five years … less than €60,000” on its Italian operations. Wheeler also insists that “no one is under arrest anymore” and the company is “not part of the Mafia.”

For the record, CalvinAyre.com never accused Medialive of having links to the mafia. All we did was relay information publicly conveyed by the chief prosecutor of Florence, Giuseppe Creazzo, who led the Double Jack operation.

We feel it’s worth noting that the original Italian media article that we linked to in our coverage remains online in its original form, as does the Times of Malta story that identified the two Medialive directors, as well as coverage of the arrests in other respected industry publications such as GamblingCompliance.

We can’t say whether these other media outlets have been subjected to the same intense lobbying campaign, but from what Medialive execs have told us, it seems CalvinAyre.com is being targeted because our backend tech staff are really good at search engine optimization and as a result our Medialive articles appear high on Google queries.

Earlier this month, Angelo De Gobbi, Medialive’s chief operating officer, sent CalvinAyre.com editor Bill Beatty an email insisting that the company had a “right to reply” to our original article and that failure to comply within a specified time period meant “our lawyers will take care of the case with you.”

Actually, the ‘right to reply’ has no legal foundation. It’s a courtesy, extended by some media outlets to individuals or entities who feel their good names have been unfairly besmirched. And despite our repeated requests for clarity on this point, no one at Medialive has yet pointed to a single factual inaccuracy in any of the articles we’ve published on the Italian brouhaha.

But hey, we CalvinAyre.com types like to consider ourselves a courteous bunch, so we hereby reprint Medialive’s full statement on the matter. Now, about our right to be forgotten…

Malta, 17/05/2018
Further to the article written by Steven Stradbrooke, published on CalvinAyre.com on November 21st, 2017 regarding the Double Jack operation which involved also Medialive Casino, the Company provided the following update.

“Whilst the case has not been heard yet in the Court of Florence, we can tell you that none of Medialivecasino Directors (Massimiliano Fullin and Fabio Veglianetti) are under arrest any longer. We would also like to take this opportunity to thank the MGA in Malta (The Malta Gaming Authority) for its continued support throughout the process.

The MGA has carried out a thorough investigation and an extensive audit of Medialive Casino Ltd’s business and operations, the result of which has been they have issued us with a letter dated April 3rd, 2018, stating that Medialive gaming license remains intact.

We are also pleased to update you that our company has recently completed the Italian and UK audits with flying colours.

Medialive welcomes the more thorough approach, regulation and controls being adopted by the MGA for all Maltese licensed B2B providers and B2C operators, an approach already taken in the Italian market by AAMS. We also welcome deeper scrutiny of all Italian online gaming operators and suppliers licensed in Malta.”