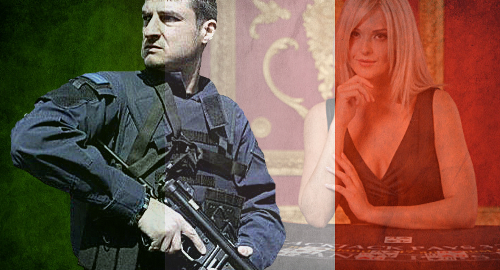 On Wednesday, Italian media revealed details of operation Double Jack, in which police fanned out across multiple Italian provinces to raid 30 different residences suspected of being connected to an illegal gambling operation that mixed land-based gaming machines with computer terminals connected to Malta-based online gambling servers.

The authorities ultimately arrested seven individuals suspected of involvement in an illegal online gaming operation that generated monthly revenue of €10m. Police seized 14 venues and numerous other tools of the trade, including bank accounts, with the total value of seized assets reaching €8.5m.

The raided venues – which included social clubs, billiard halls, amateur sports organizations and even a pizzeria – were reportedly equipped with master switches that allowed the operators to ‘reset’ the terminals to sever the Malta connection in case the authorities came calling. Prosecutors also claimed the gang’s gambling software could be manipulated to ensure gamblers didn’t win too often.

Creazzo revealed that the illegal operation had apparently been rumbled through the use of a piece of Trojan software the authorities managed to install in the group’s digital network. Creazzo said the use of the Trojan was “decisive for discovering the illegal computer platform with which the game was controlled by Malta.”

Creazzo noted with some bitterness that new laws approved earlier this month meant that this was the last time Italian authorities would be able to employ the use of software tools like Trojans in their fight against illegal activity.

Creazzo also complained that his office hadn’t received sufficient cooperation from Maltese authorities, and thus he was only able to act against the gang’s local operations. In September, members of Italy’s Anti-Mafia Commission traveled to Malta to inquire about “significant delays” in Maltese authorities fulfilling requests for information regarding illegal online gambling activity.

Italian authorities have long complained about local illegal gambling operators’ reputed ties to Malta, including the high-profile takedown in 2015 of an organized crime group’s use of betting sites linked with Malta-licensed Betuniq. The Malta Gaming Authority ultimately suspended the licenses of several Betuniq-related businesses.