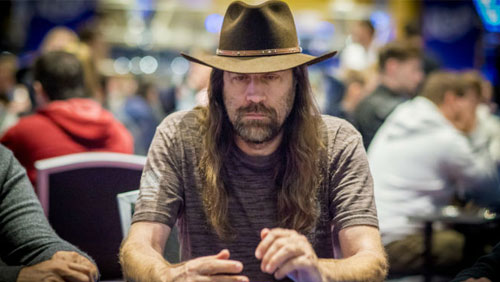 In 2011, the U.S. online poker world mourned the death of its beloved game, following the seizure of all online pay-to-play sites in what has become known as Black Friday. PokerStars, Ultimate

Bet and Full Tilt Poker (FTP) were all indicted for illegal gambling, resulting in millions of dollars of losses and multiple fraud charges. FTP took it extremely hard, as it was determined that the site did not have the funds to repay its customers. Seven years later, Chris Ferguson, co-founder of FTP and a poker pro in his own right, has come out to say that he’s sorry.

Ferguson founded FTP with poker pro Howard Lederer and Raymond Bitar, among a few others. Lederer tried to offer his take on the matter in 2012 when he sat down with PokerNews for an interview that would become known as The Lederer Files. Bitar has long since been removed from the limelight, after pleading guilty in 2013 over his mismanagement of the company. He was sentenced to time served and reportedly ordered to make restitution in the amount of $40 million. Ferguson took a different approach—remaining silent throughout the entire ordeal.

Ferguson returned to poker and has been seen on the poker circuit in 2016 and 2017 and even won the WSOP Player of the Year last year, winning around $660,000 across both years. However, during the entire time, he has not once offered to talk about the FTP fiasco. Through his Vimeo channel, he uploaded a video on May 23 called, ‘Chris Ferguson reaches out to the poker community,’ in which he, ahem, apologized for Black Friday.

The video can be found here, but the text is simple:

“I’d like to take this brief opportunity to address the poker community which I love and have been part of for a long time. I deeply regret not being able to prevent Black Friday from happening. After Black Friday, I worked relentlessly to ensure that all players got paid back, and I sincerely apologize that it took as long as it did.

I also realize it has taken me a long time to make any sort of public statement and I appreciate my fans and the poker community as a whole for the patience and support. One day, the Full Tilt Poker story will be told, and like many of you, I look forward to that day.

I hope to see you all at the World Series of Poker this summer. Thank you and good luck.”

Daniel Negreanu may have had the best response to the video, and nothing further need be said. Kid Poker tweeted, “It took all this time for Chris Ferguson to come up with THIS apology? So heartfelt. Had me in tears. 😂😂😂

My prediction: this doesn’t actually help his cause. Quite the opposite.”