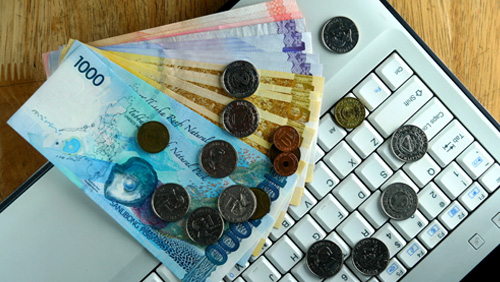 Philippine-listed game technology provider PhilWeb Corp. plans to recoup market share in the country after a more than one-year hiatus from the gambling scene.

The Manila-based firm is ramping up its marketing campaign, particularly on social media websites, and will introduce new eGames content for players in the next few months to help raise awareness about their brand and products, according to PhilWeb President Dennis Valdes.

Valdes admitted that his company has lots of catching up to do after the Philippine Amusement and Gaming Corporation (PAGCOR) ordered PhilWeb’s closure in 2016. This year, PhilWeb is looking to shore up the number of its eGames venues from 41 to 100.

“If you look at PhilWeb prior to its closure in 2016, we had the players and we had almost the entire market. We were doing some marketing before but there was really no need to do too much marketing. But time has changed,” Valdes told CalvinAyre.com at the sidelines of the launching of Habanero’s Viva Las Vegas platform on the company’s system. “We are trying to get back our market share and the way we can do that is via marketing.”

Aside from increasing its eGames shops, the PhilWeb executive also hopes to grow daily player volume from 100 to 200 per site. This target is achievable if the company succeeds in attracting the younger generation to play their offerings, according to Valdes.

To do that, Valdes announced that they will be rolling out the Viva Las Vegas platform of Habanero Systems B.V. in the third quarter of the year. Viva Las Vegas is PhilWeb’s second social casino implementation following Magic Macau.

Valdes pointed out that all players can look forward to a rich gaming experience and the re-introduction of account-based play with the Viva Las Vegas platform. He explained that account-based play allows player wallets to be re-activated, enabling seamless transactions across various gaming venues and verticals.

“The value of online casino has always been, you have the gaming terminal and, in theory, all gaming can be brought to the terminal. But how many have been able to truly do that?” Valdes explained. “If you look at what we have in the eGames stores in the Philippines, you have the slot machines and the table games. You don’t have anything else. The push that we are trying to do is to deliver all of that using the same terminal so you can navigate that using your mouse. However, it can only be done properly if the player has a single wallet.”

So far, Valdes is very thankful that 2018 has been kinder to PhilWeb, especially since the company has managed to become profitable again.

“We need to keep on sustaining that revenue growth, keep on pushing it. The nice thing is that, during the time that PhilWeb is, in effect, had stopped operations, companies like Habanero continued to have faith in us,” he said. “They have no clue that we might not be operational next year but they invested their time, their resources to get this going.”