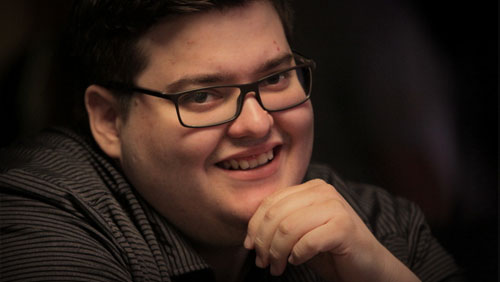 Unibet has signed esports star Alan ‘Hotted89′ Widmann to act as a brand ambassador in an inspired move, and Daniel Jacobsen wins the Unibet Open in Malta.

One man’s heaven is another man’s hell.

I remember interviewing Unibet’s ambassador, Espen Uhlen Jørstad, for a PokerListings piece, back when my fingers couldn’t stop moving, and I was churning out more shit than Eric Carle.

Jørstad told me how he would hide from the world because he didn’t feel like he belonged. Instead of walking to the chemist to ask for a pill, Jørstad hid in his bedroom, spending his time killing Orcs and Elves in World of Warcraft (WoW).

“I would play video games as my way of escaping reality,” Jørstad told me.

The further the Norwegian delved into the mines and magicians, the more removed from the world he became until his only hope was to enlist in the army, hoping some ‘Mr Mayonnaise’ style drill sergeant would shout some sense into his life.

Contrast that to Alan ‘Hotted89′ Widmann, a 29-year-old, who created a career out of playing WoW. Widmann has more than 162,000 Twitter followers, more than 137,000 YouTube followers, and more than 258,000 people watch him running around a make-believe universe on Twitch.

Widmann revelled in the WoW universe.

And, today, both of these folks have found a home at Unibet.

When Unibet first began inviting Esports stars to play poker at Unibet Open events under the moniker “Esports Battle Royale” I thought the team were being lazy.

Esports was the fastest growing sport in the world, and I felt the Unibet higher-ups lacked innovative foresight in merely inviting esports stars to play poker and then promote it as some hybrid poker meets esports sex fest.

I am glad to confirm I was wrong.

Knowing Unibet, I should have known better.

Why People Play on Unibet

People don’t choose to play on Unibet because people see the brand advertised on TV in between breaks in The Handmaid’s Tale. Nope, fans of Offred are not saying Under His Eye to their other half during Unibet commercials.

People play on Unibet because people tell them to play on Unibet. Word of mouth marketing is as essential to poker as a preventative tongue chopping implement is to a kid having an epileptic fit.

With over 700,000 followers across all forms of social media, doesn’t it seem sensible that as nations burn, youngsters who are trying to escape from the world, who follow Hotted, may choose to play online poker on Unibet – especially when they see him streaming online and winning some wonga?

Money isn’t everything, but nobody wants to have unripe avocado on toast for breakfast.

You can expect to see Hotted89 competing at the World Series of Poker (WSOP) where none other than Viktor ‘Isildur1’ Blom will be mentoring the young man. 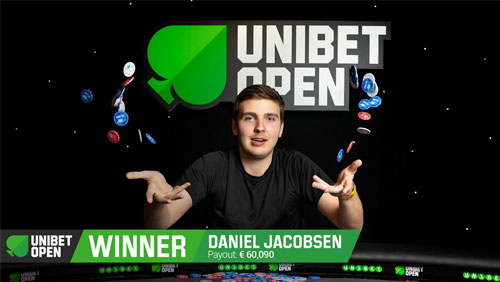 I knew Hotted89 had signed for Unibet as an ambassador because PokerNews interviewed him during the Unibet Open in Malta.

Hotted89 competed in the €1,100 buy-in Main Event amongst 272 other entrants, and Daniel Jacobsen beat Henri Piironen, heads-up, to claim the €60,090 first prize.

Last year, Jacobsen finished 2/368 in the €550 buy-in Microgaming Poker Network Poker Tour (MPNPT) in Malta for €26,000, but other than that the live tournament resume remains devoid of scribble.

Other superstars that ran out of whip before the final stages included Jack Sinclair (22nd) and Ian Simpson (31st).