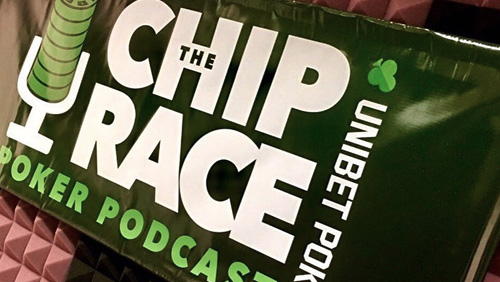 The Chip Race podcast has quickly become a favorite of the poker community. It was started by Irish poker players Dara O’Kearney and David Lappin, and, later, found backing through Unibet Poker. The podcast is now in its sixth broadcasting season, and is calling on some of poker’s heavy hitters to sit down with them and discuss the game.

The first episode of the season, which became available nine days ago, featured Sam Greenwood and Alex Henry, creator of the Deepstack Open. Joining them was sideline reporter Laura Cornelius, with O’Kearney discussing strategy from a key hand that developed during recent participation in his eighth PocketFives Triple Crown.

Episode 2, which was uploaded this past Tuesday, features Adam Owen and Maria Ho. The poker greats discussed topics such as their routines and preparation ahead of large online games. Owen also went into strategy tips for those who want pointers for mixed-game events.

Viewers will have to wait a few more days for episode 3, which will be available as of May 29. The show will feature PocketFives community manager Kevin Mathers, Allen Kessler and poker streamer Ben Spraggs. Daiva Byrne, also known as the “Baltic Blonde,” will participate as well, discussing the recent Unibet Open Malta tournament.

Chad Holloway and Benny Glaser will join the show for the fourth episode on June 5. The podcast also have a hand strategy discussion with Fredrik Bergmann, an ambassador for Unibet Poker. The lineup for episodes five through seven have yet to be announced.

There are a total of seven episodes in each series. They’re available through both iTunes and SoundCloud, with some highlights and selected clips made available on YouTube.

Top players such as Phil Hellmuth, Phil Laak and Jennifer Tilly have participated in past podcasts, but getting “A-listers” hasn’t always been easy.” Lappin told PokerNews, “In seasons past, we’ve had to work hard to secure A-list guests, but this season so far, everyone has been quick to respond and excited about coming on. I think it’s a sign of how the show has grown in popularity.”

He continued, “Maria and Sam got back to me within minutes, and Allen Kessler asked us if he could come on the show! Naturally, we were delighted. We still have a few doors on which to knock to complete the guest list for Season 6 and a few unconfirmed, so I won’t jinx it by mentioning them.”

When it first launched, The Chip Race was geared toward Irish players and fans. The pair took a break before being tapped by Unibet, the show’s sponsor. O’Kearney pointed out, “When we started, the challenge was to try to reach an Irish audience. When we came back last year, the challenge was to regain that audience and also offer something to international poker enthusiasts… The challenge now is to keep a much larger audience than we ever expected to get while keeping it fresh and unformulaic.”

Based on the list of players that are sitting down with the Irish pros, it would appear they have found the correct formula to be “unformulaic.”