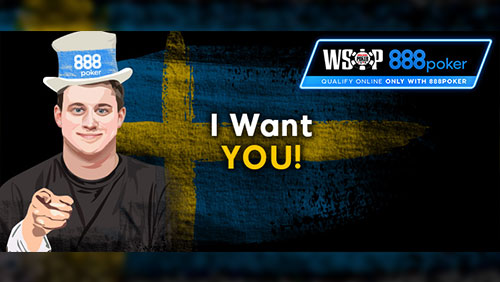 Three barrels rolled out of 888Poker’s cellar including Anton Wigg joining Team Sweden in the 8-team promotion, a reminder that 888Live Barcelona is just around the corner, and JohnFoot wins the XL Inferno Main Event.

Poker is a battleground.

It’s not the place for people with licorice stick like backbones.

Preparation is key, and they don’t come more prepared than the Swede’s.

This week, the Swedish government decided to send pamphlets to 4.8 million homes that would prepare them in the event of war. Considering Sweden have not been at war for more than 200-years (they didn’t get involved in WW2) methinks someone is getting a tad bored in the Risk Assessment Department.

All of this means if you qualify for the 888Poker 8-Team World Series of Poker (WSOP) promotion you had better be on the side of Team Sweden. Martin Jacobson has a pamphlet. Martin Jacobson is prepared for war.

And the former WSOP Main Event Champion won’t be alone in the trenches. Yesterday, 888Poker announced Anton Wigg as the 888Poker ambassador’s Wingman.

Wigg has won more than $2.3m playing live tournaments. His accolades include a European Poker Tour (EPT) win in Copenhagen, and a World Series of Poker Circuit (WSOPC) gold ring win while in Florida. Online, Wigg casts his magic spells as the wizard AnteSvante where he counts a win in the PokerStars Sunday Million amongst his accolades and $7.8m fortune.

In 2017, the Brazilian Joao Sousa Monteiro qualified for the WSOP Main Event playing a $30 satellite on 888Poker. Monteiro joined Team Brazil and received expert tuition from Bruno Politano and the former World Cup winner Denilson. It paid off. He finished 583rd for $22,449.

That deep run meant Monteiro won the inaugural 8-Team promotion, outlasting all other online qualifiers competing in the Main Event, and as a reward he will be playing in the upcoming Main Event for free.

This year, the promotion is back, with a few tweaks. The core concept remains the same. An online qualifier is chosen to join a country team where he or she will receive expert tuition from a Team Captain and Wingman.

Each day, the team accrues points based on who’s left in the competition, who has the biggest chip stack, and a special bonus for the person who lasts the longest.

The winning amateur earns a 2019 WSOP Main Event package for the every member of the team.

Here are the teams and the captains:

Wigg is the second of six Wingmen to be announced by 888Poker. 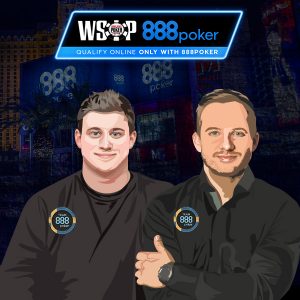 Talking about war, 888Live returns to their most successful live pad to date when 888Live Barcelona kicks off on May 24.

The festival runs until June 4.

There will be 14-events, and €1m in guaranteed prize money. The extravaganza begins with a €220 buy-in, four starting flight, €100,000 Guaranteed Opening Event.

Here is the link for the full schedule.

Yours truly will be making an appearance at the Main Event interviewing the brand ambassadors and anybody else I can cop a feel of.

It’s tough to get some online attention with POWERFEST and the Spring Championship of Online Poker (SCOOP) offering over one hundred million guarantees, but a $209,779 first prize is not to be sniffed at.

That was the first prize claimed by the UK player JohnFoot who defeated 855 players on his way to victory in the $1,050 buy-in, $1m Guaranteed XL Inferno Main Event.