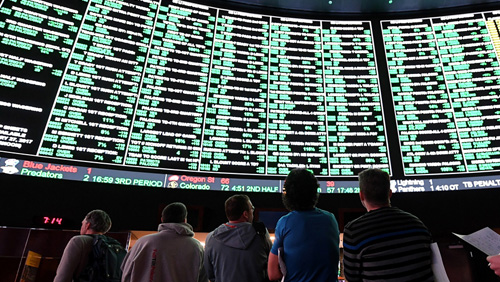 The National Football League (NFL) is seeking a uniform set of rules for sports betting following the U.S. Supreme Court’s decision to strike down the Professional and Amateur Sports Protection Act (PASPA) of 1992.

NFL Commissioner Roger Goodell called on lawmakers to enact legislation that protects players, coaches and fans while maintaining public confidence in NFL games. He said sports betting should be governed by federal law and not by the state law.

In a nutshell, Goodell’s wish list to Congress include substantial consumer protections; intellectual property protection against those “who attempt to steal or misuse” league content; ensuring fans have access to official, reliable league data; and giving law enforcers the resources and monitoring and enforcement tools against “bad actors.”

“There is no greater priority for me as the Commissioner of the National Football League than protecting the integrity of our sport,” Goodell said in a statement posted on the NFL website. “Our fans, our players and our coaches deserve to know that we are doing everything possible to ensure no improper influences affect how the game is played on the field.”

The NFL and other professional sports leagues have long opposed sports wagering, allegedly over fears that the game will encourage match-fixing and will tarnish their reputation.

The high tribunal, in lifting the federal ban on sports wagering, pointed out that “the legalization of sports gambling requires an important choice, but the choice is not ours to make.” It added that “Congress can regulate sports gambling directly, but if it elects not to do so, each state is free to act on its own.”

New Jersey, which challenged the constitutionality of PASPA, introduced new sports betting legislation following the court ruling that would explicitly allow online sports betting. Online wagering revenue would be taxed at 12.5% versus 8% for land-based wagering.