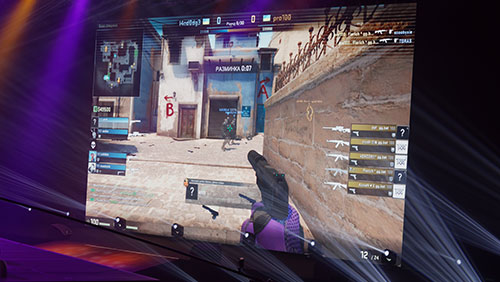 While Miss Scarlet was in the library, whacking Professor Plum over the head with a candlestick, Mr Green was in the kitchen cooking up a deal with Gamingzone Entertainment.

Mr Green, the Stockholm-listed online gambling company that counts Mr Green Casino and Redbet Casino amongst its assets, is entering the esports business, after announcing a partnership with Gamingzone Entertainment.

Gamingzone co-founder, Karl Mikael Cakste, has been handed the role of CEO of the yet unnamed venture. Mr Green will take a 55% stake in the company with Gamingzone owning the other 45%. Per Norman, Group CEO of Mr Green said that esports could one day become ‘as huge as traditional sports.’

If PokerStars were still looking to shave a few hundred grand a year off their payroll they needn’t worry, Luckbox is doing it for them.

Lyons will be responsible for the design and development of the player loyalty system, as well as having a finger and thumb in the payments and operations side of the business.

The man responsible for ‘finding cool ways’ to give value back to the Luckbox players is the fourth senior managerial presence from PokerStars joining Luckbox including co-founders Lars Lien and Mike Stevens, COO Quentin Martin, and CMO Vadim Soloveychik.

In fact, Soloveychik was one of the first to officially welcome Lyons into the fold reminding the press of the importance of having vast gambling experience within the higher echelon of power in the new startup.