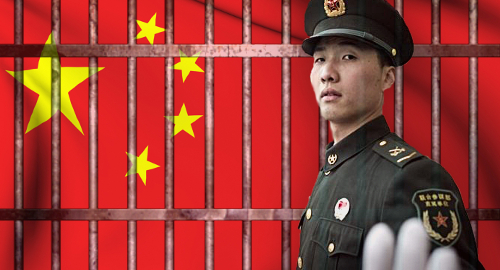 Chinese authorities have broken up a major illegal online gambling ring, arresting over one hundred suspects in two major operations.

On Thursday, the state-run Xinhua media outlet reported that police in the populous southern province of Guangdong had arrested over 140 suspects, froze bank accounts containing RMB85m (US$13.4m) in funds and seized property worth an additional RMB130m in their targeting of an illegal online casino ring.

Police in the city of Jiangmen reportedly received their initial tip-off about the online gambling ring last October. Their subsequent investigation indicated that the ring operated six online casino websites and had agents on the ground in 12 cities in Guangdong, as well as three cities in the adjacent Guangxi Zhuang Autonomous Region.

Police staged their first raids on March 12, netting over 110 suspects. A follow-up raid on April 2 resulted in the detention of another 30 suspects. China is expected to ramp up its targeting of online gambling sites, particularly online sportsbooks, ahead of the 2018 FIFA World Cup kickoff in June.

China’s anti-gambling enforcement has also been active against land-based operators. Last week, Guangdong police broke up an illegal casino operating out of a tent on a mountainside near Shenzhen after receiving a tip-off the previous week. Police arrested 13 of the den’s organizers, along with around 45 gamblers, while seizing RMB140k in cash.

Meanwhile, this month saw police in the city of Baoshan in Yunnan province raid a villa that housed an illegal baccarat casino that handled over RMB5m in wagers in the previous two weeks. Police detained over 100 suspects during their April 4 raid, most of whom were held for 15 days’ administrative detention, although illegal gambling charges are likely to be filed against the organizers.

The three-story villa had been rented in March by a man named Liu who claimed he wanted it for business purposes. Local residents noted that quite a few people were entering the building late at night and leaving early in the morning, but no lights inside could be seen from the street. Lookouts were stationed outside the entrance, and the property had also been outfitted with surveillance cameras.