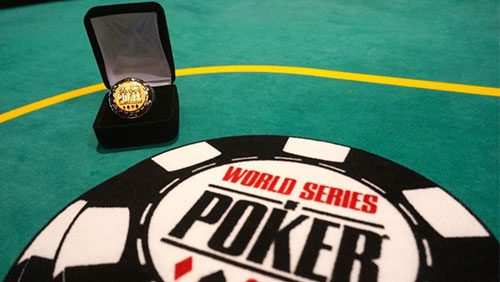 For the second year on the tamp, Dylan Wilkerson has won a World Series of Poker Circuit (WSOPC) gold ring after taking down a $1,675 buy-in Main Event.

Last year, Wilkerson battered 705 entrants, including the Aussie Millions Main Event winner Toby Lewis in heads-up action, to claim the $216,790 first prize, and unlike his good friend, Joseph Cheong, he never lost it.

Wilkerson only travelled to Cherokee, North Carolina to ride shotgun with Cheong as the former November Niner chased qualifying points for the Global Casino Championships held in Cherokee August 7-9.

It was a wise move for the pair.

Cheong won his third goal ring (second this month) after beating 530 entrants to take the $34,188 first prize in a $365 buy-in event, and Wilkerson took down the daddy.

And guess who played the role of End Boss.

None other than the much-maligned former Full Tilt representative, Erick Lindgren.

We haven’t heard much from Lindgren since he made the final table of the 2015 WSOP Millionaire Maker (finishing 7th), and it’s five years since he won his second WSOP bracelet and finished second in the World Poker Tour (WPT) World Championships, losing out to fellow bad boy Chino Rheem.

Wilkerson entered the heads-up phase with a dominant 4:1 chip lead and very nearly lost it when Lindgren fought back to take an 8:1 chip lead. Wilkerson managed to pull his act together, to even the tie until the pair found massive hands at the same time. Lindgren picked up queens. Wilkerson picked up kings.

So, how did Wilkerson feel after his lengthy battle?

“Relieved,” Wilkerson told WSOP officials. “I pretty much blew it as bad as you can.”

The win takes Wilkerson over the $2.7m mark in live tournament earnings. It’s Wilkerson’s most significant score since losing to James Carroll in the heads-up phase of the Season XII WPT Shooting Stars event where he collected $728,650.

Wilkerson’s prize isn’t only a bucket load of cash and a gold ring. Victory in the Main Event books him a seat in the WSOP Global Casino Championships. Steven Snyder joins him after winning the Casino Championship accolade. Snyder cashed in three events, including a first and a second.