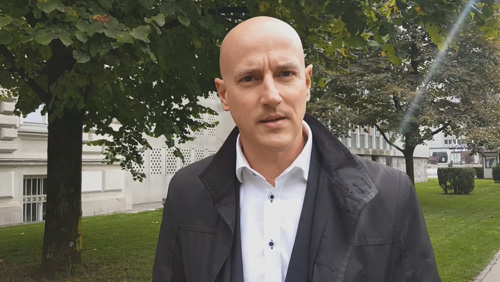 They say the captain always goes down with the ship.

Case in point is Slovenian MP Branko Zorman, who decided to quit the ruling Modern Centre Party (SMC) after parliament vetoed his motion to liberalize the country’s sports betting market.

On Thursday, The Slovenian Press Agency reported that Zorman’s sports betting liberalization bill saw a double whammy: it not only failed to pass in the Senate, but the National Assembly also sent it to the gutters in a re-vote.

Zorman found himself in the lion’s den as he once again defended his proposed gambling amendments before the parliamentary re-vote.

The former MP further argued that 80 percent of Slovenians are placing their bets with internationally licensed gambling operators that aren’t required to remit taxes to the government. Zorman also assailed attempts at bribing MPs to reject the licensing proposal.

In the end, Zorman failed to convince his colleagues and get the required majority vote. Those who voted against the Zorman’s bill noted that it failed to comprehensively address alignment with European Union law.

The bill also failed to tackle the issues on red tape, as well as the lifting of restrictions capping private ownership in gaming operators.