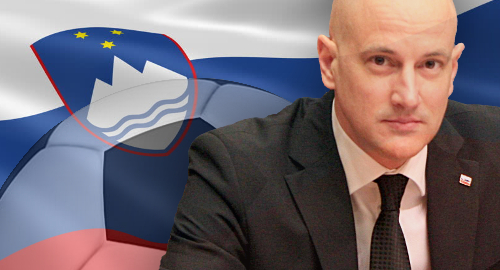 On Tuesday, Slovenia’s National Assembly voted 35-26 in favor of a bill that would allow European Economic Community-based operators to apply for online sports betting licenses. Under the nation’s current gambling law, sports betting is the sole responsibility of Športna Loterija, just as lotteries are the purview of Loterija Slovenije.

The bill was introduced in January by MP Branko Zorman (pictured), a member of the governing coalition’s Modern Center Party (SMC), as a way of raising additional funds for Slovenian sports and humanitarian organizations. Zorman’s bill never received official blessing from the SMC and its passage had appeared anything but assured.

Tuesday’s vote crossed party lines, but the government is officially opposed to the measure, which is expected to face a tougher slog in the legislature’s National Council. The government has also suggested the bill might not comply with European Union law (although recent developments suggest the EU really doesn’t give a damn what countries do with their gambling rules).

Zorman brushed aside objections from some MPs who argued against the “ill-thought-through and haphazard privatization” of the state monopoly. Zorman noted that the state monopoly was “artificial,” in that internationally licensed operators currently handle an estimated 85% of the nation’s gambling volume, so all his bill would do is allow the government to carve itself a slice of this untaxed revenue.

Zorman’s bill would charge €500k for online sports betting licenses, and Zorman estimated that the government’s annual share of gambling revenue could rise from its current €3.5m to €13m once these newly licensed operators start paying local taxes.

Slovenia is a tiny nation in terms of population, with only around 2m residents, so nobody’s getting rich off this market. The government previously pledged to revise its gambling laws to permit international operators doing business in Slovenia, prompting some operators to quit the market in the hope of coming back with a clean slate, but these previous legislative efforts went nowhere.