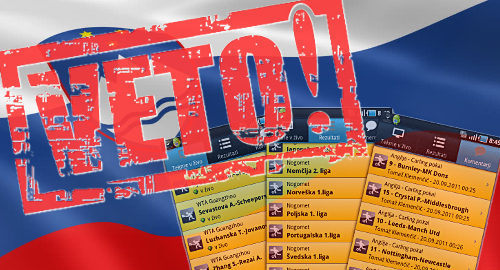 Slovenia’s plans to liberalize its online sports betting market hit a roadblock on Tuesday as the legislature’s upper chamber vetoed the measure.

But despite the favorable vote, the measure had never found favor with the ruling government coalition, and Tuesday saw the National Council vote 18-12 in favor of a suspensory veto of the sports betting bill. For the measure to be approved now will require a second vote in the National Assembly that will need to pass by a two-thirds majority.

The betting liberalization plan was spearheaded by MP Branko Zorman, who claims that 85% of the nation’s gambling turnover is currently being handled by international online gambling sites. Zorman believes bringing some of these international sites into the regulated sector will dramatically boost betting revenue and increase funding for Slovenian sports and charitable organizations.

The Sovenian Press Agency quoted the bill’s opponents in the National Council saying Zorman was misguided in his belief that liberalization would boost government coffers.

The anti-liberalization councilors made the somewhat dubious claim that Zorman’s bill would boost payouts to gamblers and thereby reduce the government’s take, a double-whammy that “presents an excessive risk of collapsing the system of long-term and stable financing of disability, humanitarian and sports organizations.”

Zorman responded by suggesting the anti-liberalization councilors were simply parroting misinformation spread by the betting monopoly. Zorman further claimed that there were “corruptive links” between Športna Loterija and Ministry of Finance officials that had resulted in “biased and non-objective articles in purchased media.”

Slovenia’s population is a mere 2m, so the companies that had voluntarily exited the market in anticipation of one day returning with the blessing of local regulators aren’t going to go broke if that blessing isn’t forthcoming. Nonetheless, it’s sad to see governments still clinging to outdated monopolistic models that overwhelmingly benefit a handful of individuals at the expense of the betting public.