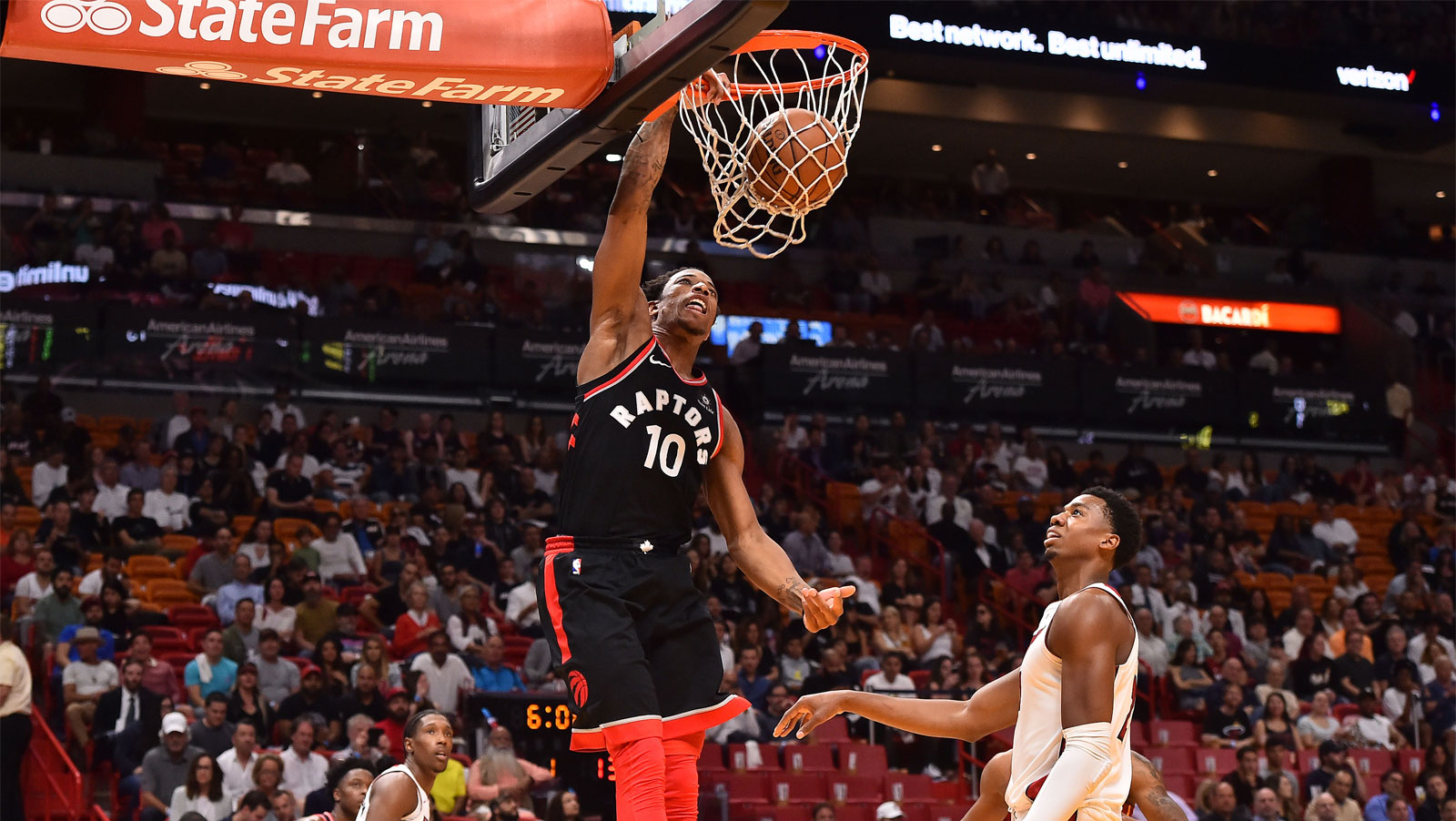 The Toronto Raptors came into existence for the 1995-96 NBA season. The franchise has never reached the NBA Finals and just once the Eastern Conference Finals, losing in 2016 to LeBron James’ Cleveland Cavaliers in six games. Then again, the Raptors never had been the East’s top seed before, either, but they are for the 2018 playoffs, which tip off this weekend.

Behind their All-Star backcourt of Kyle Lowry and DeMar DeRozan, the Raptors won a franchise-record 59 games to easily finish atop the East along with having the conference’s best point differential by a mile at plus-7.8. They will have home-court advantage against any team they would face in the postseason other than the Houston Rockets in the NBA Finals.

The Raptors are +155 second-favorites in the East and -590 to win the first-round series against the No. 8 Washington Wizards (+485 on the series line). The teams split four regular-season meetings and have met just once in the postseason, a Washington first-round sweep in 2015.

A LeBron James-led team has won the Eastern Conference seven years in a row, and his Cleveland Cavaliers are the +125 leaders to win it again this season despite the fact the Cavs are only the No. 4 seed. They are -650 on the series line against No. 5 Indiana, which is a +500 underdog despite winning three of four regular-season meetings. The Cavs swept the Pacers in the first round of the 2017 playoffs, but Indiana had Paul George then and Cleveland had Kyrie Irving.

In the West, the Golden State Warriors are the -110 favorites to win the conference a fourth year in a row as well as +135 title favorites despite showing some vulnerabilities this season. The Warriors are the West’s No. 2 seed and -1250 on the series line against No. 7 San Antonio (+850).

The Spurs are in the postseason for a 21st straight season despite only having star Kawhi Leonard for nine games. He won’t be available in the playoffs barring a minor miracle. Golden State is expected to be without two-time league MVP Steph Curry for the first round due to injury but no longer.

Houston set a franchise record with 65 wins and is the NBA’s No. 1 overall seed. The Rockets are +160 to win the NBA title and +110 in the West, just behind Golden State on both futures odds. Houston is -2200 on the series line against No. 8 Minnesota (+1375). The Timberwolves earned their playoff spot on the final night of the regular season by beating Denver in overtime.