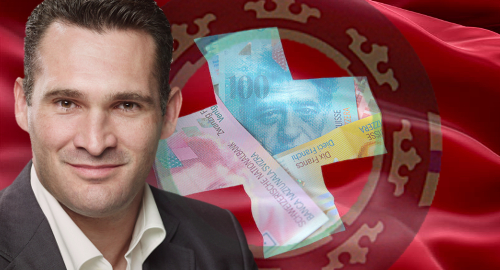 A Swiss legislator claims he was offered a seat on a casino’s board of directors in what he viewed as a bid to sway his vote on the country’s online gambling legislation.

On Friday, Swiss media outlet Tages Anzeiger reported that parliamentarian Marcel Dobler had received an offer of a seat on the board of directors of one of the country’s land-based casinos. Dobler declined to specify the casino’s identity, but claimed the offer was intended “to prevent me from engaging in the law.”

A few weeks before the offer was made, Dobler, who represents the Free Democratic Party (FDP) in the National Council, had voted against the country’s controversial new online gambling law. The law will restrict online gambling to the country’s casino operators and state lotteries, while requiring local internet service providers to block the domains of internationally licensed gambling sites.

However, the FDP’s youth league succeeded in garnering a sufficient number of petition signatures to require a referendum on the online gambling law. The referendum will be held on June 10 and both sides of the argument are lobbying hard to see their side prevail.

The land-based casino industry has accused the law’s opponents of receiving strong financial backing from international online operators. Andri Silberschmidt, president of the FDP’s youth league, responded by saying “direct” financing by international sites was being “avoided,” leading critics to suggest the FDP was using weasel-words to avoid clarifying their precise amount of international funding.

The Swiss Poker Association (SPOV) recently announced its support for the new law, which the group had originally opposed. SPOV president René Ruch said the group’s position changed after the law was amended to boost the maximum land-based tournament entry fees from CHF50 (US$52) to CHF200. Ruch told the Ostschweiz Am Sonntag media outlet that there was now “no reason for us to be against the law.”

The ‘no’ camp claimed that the SPOV’s change of heart was due to unspecified payments from the land-based industry. Ruch rejected these claims, but did confirm that the Casino Lucerne and the state-owned Swisslos lottery (which operates the Sporttip betting site) began advertising on the SPOV’s website this February.

Ruch claimed the “modest contribution” from this new advertising relationship was a “consideration” for supporting the ‘yes’ campaign. Ruch further claimed to have “rejected immediately” much larger offers of support from unspecified international gambling sites.

Last month, Casino Lucerene CEO Wolfgang Bliem defended the law’s domain-blocking plans by telling ZentralPlus that “gambling is not a normal product and cannot be left to the free market.” Bliem rejected claims that blocking gambling sites was a slippery slope to further censorship, arguing that the digital blockade would offer “protection against gambling addiction, money laundering and fraud.”