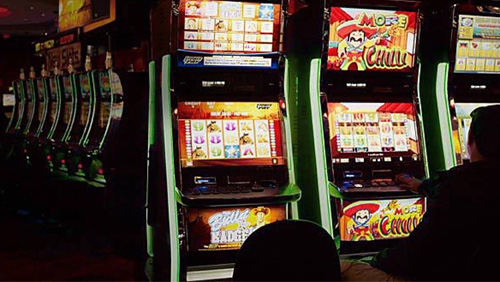 This shouldn’t be a surprise to anyone. In a report provided by British Columbia (BC) Attorney General David Eby, he stated that “suspicious” cash transactions in casinos had dropped by a considerable amount as of February. He made the statement during a meeting with the House of Commons finance committee, according to the Vancouver Sun.

The drop comes due to drastic changes in gambling legislation in BC following allegations of money laundering at several casinos. The most egregious acts were purportedly carried out at the River Rock Casino in Richmond. Investigations are still ongoing, and cover more than three years’ worth of documents that the casinos kept, or were supposed to keep.

Eby reported that, in looking at historical data, more than US$15 million in suspicious activity was recorded in July 2015. Now, as of February, the amount was down to around US$154,000. The DA admitted, however, that not all of the transactions necessarily were due to money-laundering efforts.

This is just the beginning, cautioned Eby. He indicated that it’s possible that the transactions don’t represent a resolution, and that perhaps people have just moved to other methods to conduct their business. In speaking with the finance committee, he said, “I believe that money has moved elsewhere, and I also believe we have a concern that needs to be dealt with bank drafts.”

It’s a legitimate concern. The BC Lottery Corporation (BCLC), which regulates gambling in the province, has been aware of questionable bank drafts for some time. It is currently conducting investigations into many drafts, which can potentially be used to finance illegal gambling accounts.

Changes to gambling regulations this year are expected to take a toll on the industry. BCLC anticipates losing US$67 million a year over caps placed on high-stakes games. The cap is expected to be reduced to US$7,650, which would chase away a number of high roller clients.

In addition to the caps, written proof of the source of funds is required when a casino patron attempts to gamble US$7,600 or more in the same 24-hour period. After the changes in caps and the new reporting guidelines, attendance to high-stakes games fell by around 30%.

River Rock was found to have possibly laundered around US$10 million—either in directly or indirectly—in small-denomination bills in July 2015. A number of officials at the casino were forced out, and more could be relieved or face prison after the investigation is completed.