Home / Poker / For all the tea in Hastings: the question of integrity in poker 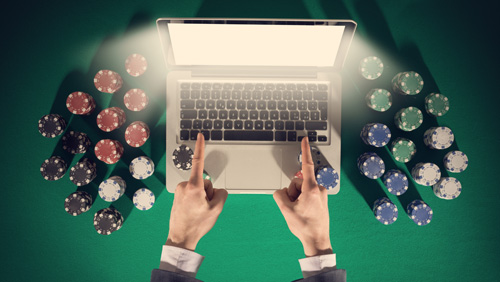 After Brian Hastings complains about the integrity of America’s Cardroom on the Winning Poker Network, Lee Davy takes a deep dive into the role of integrity to see if he can figure out where the real battle lies.

We fall for the sob story.

A few Americans have managed to play poker for a living. Kudos to them for being brave enough to step out of the production line before society began lobotomising them.

Each of them entering the dance at the end of the hangman’s noose. A hangman hired by a world determined to put us into a skinlike box until it turns into ash beneath the weight of 1800 degrees Fahrenheit.

I am in awe of them.

Inspirational, the lot of them.

But (and you should forget everything before the ‘but’), on times, they make me want to put my hand inside my toaster because now and then, an integrity issue comes to the fore and makes me question my place in this world I call home.

The Integrity of an Online Poker Room

Seven years ago, the U.S. Government made it almost impossible for an American resident to make a living playing online poker when they began criminal proceedings against the most prominent online poker rooms in the land in a day known forever as Black Friday.

Professional and recreational player alike logged on to their favourite online poker room and a sign explaining that the FBI had shut down the site greeted every single one of them. It was a nightmare.

When it became clear that the clean-up operation, and a new regulated and legal online poker framework, wouldn’t happen soon, professional poker players either fled to countries that weren’t as stark raving mad, pivoted to live poker or became toy rabbit manufacturers or something like that.

For a lot of people, primarily professionals, things continued as before, albeit with the limited ability of choice.

It’s easy to point the finger at an online poker room that chooses to offer a service in an unregulated market and question its integrity. I don’t think it’s that black and white. There is no reason why an online poker room choosing to compete in an unregulated market can’t create a business model based on a solid foundation that counts integrity as a core value.

But as the Swiss designer Tina Roth Eisenberg points out, it all begins with the person at the top.

“The values of the founder trickle down in the product. As a founder of a company, you need to know what your values are and that they go across the board on every single detail of your product.”

In early February, the award-winning podcast host and high stakes Pot-Limit Omaha (PLO) pro, Joe Ingram, questioned the values and behaviours of the founder of the Winning Poker Network (WPN) (the home of Americas Cardroom), most notably, the man’s integrity.

What happened next should have been a powerful deterrent to those that had begun using the site as a form of entertainment or a way to earn a living.

More Holes Than a P.Diddy Video

Joe Ingram is one of those players that chose to play on ACR. He knew that it was an unregulated site. But he put his money into the machine and began grinding.

And then something happened.

Ingram tested an assumption that something was very wrong with the way the ACR poker room went about its business. Sucking on his Sherlock Holmes pipe, Ingram and a group of his supporters, uncovered security leaks with more holes than a P.Diddy video.

Think of all the cardinal sins that an online poker room can roll out, and Ingram alleged every single one of them.

And then the most significant moment in the life of ACR and WPN.

Ingram extended an invitation to CEO Philip Nagy to respond in light of the allegations, and his actions (or lack of them) told you everything you needed to know about ACR and WPN.

Continuing to play on the site would be like standing naked in the middle of a golf driving range.

Thanks to the investigative skills of Joe Ingram, the poker community could now make a different choice. The potential to lose hard earned cash under dubious circumstances had been much-reduced.

The 2+2 forum, disgusted with Nagy’s inability to calm the storm, refused to take any more cash from the man and removed all forms of advertising.

The poker room would now die.

All The Tea in Hastings

This morning, when ordering from the new range of Starbucks Tea Lattes, I wondered why nobody has been able to market tea with the same success as Howard Schulz.

One man who has tried to give it a shot is the former High Stakes crusher Brian Hastings.

In December 2016, Hastings shocked the poker community when he announced his plans to retire from the game to create a new tea company. This weekend, Hastings emerged on twitter complaining about the customer service at ACR.

It seems a fault in the ACR system allowed them to advertise and launch a duplicate $88 buy-in MTT carrying a $30,000 guarantee. Once the ACR team had realised the error, they cancelled one of the tournaments and gave the participants a refund.

I learned the news after reading an article on PokerTube that focused attention on the integrity of ACR, and the inevitable demise of the business if it continues to demonstrate an inability to care.

But what about the integrity of the players?

Why is Brian Hastings playing on ACR, and what does that say about his values?

The Integrity of the Poker Community


The reason the poker industry has so many issues with integrity is that the poker community accepts these integrity issues as part and parcel of the business, and until this changes, we are nothing but a bunch of hypocrites.

I doubt Brian Hastings foray into the world of tea ended in such a disaster that he has been forced to compete online at ACR so he can pay his water bill. It’s much more likely that Hastings chose to play on the site as a form of entertainment and to make a few pennies on the side.

I highly doubt that Hastings will be unaware of the Ingram investigations and the damage it did to the ACR and WPN brands. The lack of response from Nagy and his team underlines Ingram’s point, and Hastings is smart enough to know this.

So why play on the site?

The collective WE within the poker industry has dropped our standards (if they were ever high enough, to begin with). We accept the ACR debacle as the norm, and because of this, our levels of personal integrity have dropped.

Isaac Haxton’s assault on PokerStars is another prime example of this. The depth of disgust that Haxton feels for PokerStars is palpable, and yet he continues to give them his business.

Professional poker players need to remember what made them an outlier. There is a combination of cells within their body that enabled them to rock the boat; to ignore parental advice, and to choose a career that allowed them to live the life of a relative rock star.

Give up your job, and become a professional poker player.

These incredibly talented people can do anything they want (physical constraints aside). There is no reason for anyone to play on ACR, PokerStars, or any online poker room for that matter.

There are people in the world who cut other people’s toenails for a living. At the other end of the scale, Sara Blakely became a billionaire after starting Spanx from her apartment.

The integrity war within poker is not between the online poker rooms and the poker community; it’s within the crowd. It’s a battle between the people who are so appalled by the way that online poker rooms such as ACR treat them that they will never give the business another cent and the players who complain about the integrity of the companies they continue to promote by remaining a loyal customer.

Don’t fall for the sob story.

Remember the wise words of Victor Frankl – “Everything can be taken from a man but one thing: the last of the human freedoms—to choose one’s attitude in any given set of circumstances, to choose one’s own way.”