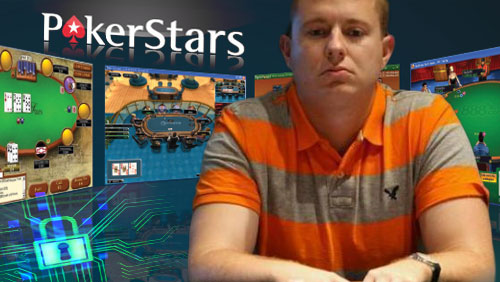 Multiple World Series of Poker bracelet winner, Brian Hastings, has been accused of multi-accounting, and using a VPN, so he can play online poker on PokerStars, whilst in the US, and without the knowledge of the players he is competing against.

Brian Hastings is about to feel the pain. The fall from the top to the bottom leaves a bruise. He is on the way down, and there is no knowing when he will eventually hit the deck.

On June 21st, two-time World Series of Poker (WSOP) bracelet winner, David ‘Bakes’ Baker sent out a tweet that has since become the roots to a 2+2 thread that is fast approaching 50-pages.

Picking through the bones of that 2+2 monster it’s alleged that Hastings was playing on a PokerStars account carrying the name NoelHayes through a VPN in the United States.

The accusations, which Hastings has not denied, come at a time when GEOComply CEO Anna Sainsbury fielded questions from worried legislators regarding abuse of VPN’s during The California State Assembly’s Governmental Organization Committee hearing: The Legality of Internet Poker: How Prepared is California to Regulate It?

Hastings, who became the first person to win two WSOP titles this year, is no stranger to controversy. In 2009, he infamously took Viktor ‘Isildur1’ Blom for $4.8m in a single night. It was later revealed that he shared a large hand history database on Blom’s play with Brian Townsend and Cole South.

“The reason that the high stakes community isn’t ‘up in arms’ is most of them know about it already. They were told directly from the horse’s mouth. If they come out now and denounce it, they lose access to this information in the future.

I can understand this self-serving attitude for some people, but IMO once you become a PokerStars sponsored player, you give up your right to hoard this exclusive information. I’m trying to wait for a personal response before I really blow up here, but it seems like the deal is that TWO PokerStars sponsored players knew about this situation way before me, and didn’t bring it to the light.”

The main theme through the thread was not a criticism of Hastings apparent use of VPN, but the fact that if he did play on a pseudonym account, he deliberately misled his peers. The thread also alleges that Hastings told some players that he was the man behind the NoelHayes account, but didn’t tell everyone. It’s believed that Hastings tried to reach out to Baker during that SCOOP final table, to inform him that he was playing on the account.

On 25th June Hastings responded to the allegations on 2+2 as thus:

I have been following the thread some but been very busy this summer playing the WSOP. I’m aware of the allegations, but at this time I have nothing to add to the conversation publicly. I stopped caring what strangers on the internet said or thought about me many years ago; otherwise I probably would’ve jumped off the deep end by now. What I do care about is something like this being a major story in the poker world at a time in which the WSOP is in full force and we should be trying to promote and grow the game of poker, rather than drag it through the mud. Think what you want about me, but one thing I have in common with most people reading this is that we love the game of poker and want to be able to play it freely in the comfort of our own homes. I’m moving back to PA soon to play 400/800 mix live and be closer to Sonya’s and my parents, and state regulation of online poker would be a nice cherry on top.

I think especially those of us who are professional poker players should be taking steps to try to promote and grow the game, rather than feeling sorry for themselves because Cardrunners was founded, Black Friday happened, everybody is too good now, etc. With enough hard work, I truly believe that just about anyone (at least anyone smart enough to be browsing 2+2) can make a living playing poker in 2015. I think it’s unfortunate that certain people have been on bad runs and choose to take their frustrations out outwardly rather than by trying to self improve, but I get it, it’s certainly not always easy. I did not turn a profit in 2 of the previous 3 years, but with an improved mindset, an amazing woman in my life, and a strong work ethic, I’ve gotten my game back to where it needs to be.

This will be my last post in this thread. If you’d like to discuss further with me I’m just a PM away.

“I find it ironic that so many of you have such a strong opinion of me yet not a single one of you have shot me a PM yet. We can debate morality all you want, but there’s a real sociopathic element of posting nasty things to the world while at the same time being unwilling to have a real conversation about the topic. I get the mob mentality to pile on and hate on one who is more successful than the mobsters, but just realize that in an adult world more problems are solved through real conversation than by blind hatred.

I’ve tried to give back to the 2+2 community and the poker community for many years, I’ve never turned someone down when they’ve asked for advice about poker strategy or whatever. It’s unfortunate that many of you don’t really understand or care about that. I’ve been on 2+2 for many years now, and I’ve learned a lot from this site, but I can’t imagine myself continuing to try to give back publicly to a group of people who just don’t get it (not talking about all of you, but seemingly the majority). Those who have made a real effort to get to know me are aware of who I am, and that’s what matters. So from my perspective, it makes more sense to give back by helping these people than to post strategy advice on a forum. And like I said, I’m very good at replying to PMs.”

He then wrote a private message to Baker. Only it wasn’t very private, as Baker shared it with the 2+2 community. Here is a part of that message:

“The path you’re going on by making this a big public ordeal hurts many parties more than it hurts me. On a macro level, you’re creating a ton of awful PR for the game of poker, which we both love and would love to be able to play in the comfort of our own homes in the country we were born in. This kind of PR is very bad for the future regulation in the USA in the online poker industry, it just adds to the shady rep of online poker.

“Making this the biggest story of WSOP at a time when the WSOP itself is losing its way and poker in America is at a crucial tipping point is just bad for the future of the game.”

We have reached out to PokerStars for their views on the allegations and will keep you updated on developments.