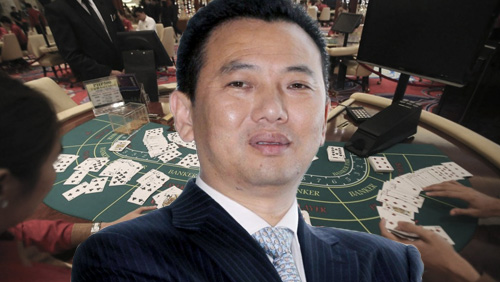 Landing International may be late to the Philippine casino party, but Chairman Yang Zhihui hopes that the Hong Kong-listed company will still be able to build a family-friendly integrated resort in the country.

Yang was quoted by a GGRAsia report describing Landing’s Philippines aspirations as a “work in progress,” given the country’s moratorium on the issuance of licenses for brick-and-mortar gambling facilities. Landing, according to Yang, sought regulatory approval for the construction of a multi-million dollar integrated resort before the Philippine Amusement and Gaming Corporation (PAGCOR) stopped accepting applications for casino licenses.

“But in fact, our application [for such licenae] has already been under negotiation last year… On this business, it is still a work of progress,” Yang said, according to the news outlet.

“I’ve told President Duterte about this plan of [building] a theme park; [something] which the Philippines does not have; nor does the country boast any large-scale water parks. He was very interested in our concept,” Yang said.

On Tuesday, PAGCOR chair Andrea Domingo told gaming executives during the opening of the ASEAN Gaming Summit 2018 in Manila that there’s an existing moratorium for integrated resort casinos.

She said that PAGCOR will continue to process the applications that were submitted before January 13, 2018, since they already paid all the fees and completed the requirements.

“We want gaming to be more of an entertaining activity. But since gaming cannot be prevented, we have to regulate it well and ensure that the revenues derived from this activity will be used for the socio-civic needs of our country,” Domingo said.

Vicky Melbourne, Fitch Ratings’ head of Industrials, Property and Consumer, South and Southeast Asia, said the casino moratorium is a positive development because it will provide surety that casino operators in the Philippines are looking for.

“From an operator’s perspective, knowing that now, I think that’s good for them,” Melbourne told CalvinAyre.com at the sidelines of the ASEAN Gaming Summit 2018 in Manila. “If they know that the regulators have sort of capped it and you are in the market, you’ve got that safeguard.”