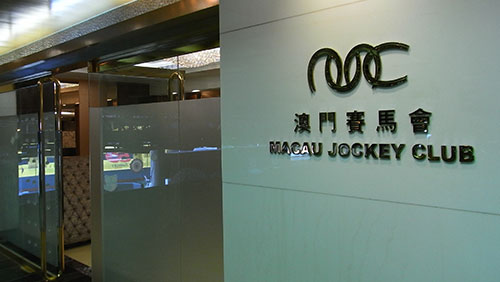 Benjamin Franklin is attributed for having said, “…Nothing can be said to be certain, except death and taxes.” No matter what happens, the taxman always finds the way to collect. This is true everywhere, and one gambling company in Macau is learning it the way most do—through its pocketbook.

Macau Horse Race Co Ltd (MHRC), owners of the Macau Jockey Club, has been slapped with an $18.9 million bill for not paying its dues for a number of years. According to a report on GGRAsia, the company skipped out on making payments from 1997 to 2005, and now has to come up with the cash within three years or face losing its licenses.

The outstanding debt first came to light in 2015, but no action was taken until now. Part of the payment was destined for a pension fund for civil service employees, as well as concession operations and payments to Macau’s Social Welfare Bureau. MHRC had requested an extension for its concession, which would have given it operating rights for the next 24 and half years. The request was initially granted; however, regulators said they would pull back unless the debt was paid.

Macau’s Secretary for Economy and Finance, Lionel Leong Vai Tac, was the first to report the outstanding debt. He also brought up the exemption given to MHRC over a fixed annual tax of just over $3 million. According to the secretary, the company received an exemption from paying the tax beginning in 2002, a move that he claims was made by either the then-Secretary of Economy and Finance or the Chief Executive.

Horse racing in Macau isn’t a big money-maker. In 2017, it only contributed 0.04% to Macau’s gross gaming revenue, with the rest coming from casinos, greyhound racing, sports betting and lotteries. MHRC hasn’t made a profit since 2004.

For a small pat on the back, it was confirmed that the company has been paying its rent. It leases government land and there had been rumors that MHRC hadn’t been fulfilling its obligations. Those rumors were quashed in an official statement by the Macau government this past Monday.