3: Barrels of a PokerStars flavour including the first-ever Play Money charity event, Gareth Gardner wins the London Live Series, and Neymar Jr makes an appearance on the online tables.


I hated school. I didn’t see the point. Then again, my ‘needs’ aren’t anchored to my education. I live in the UK, meaning I can sit on my arse doing nothing but sneezing when I eat dairy, and the government would still throw me a few quid. 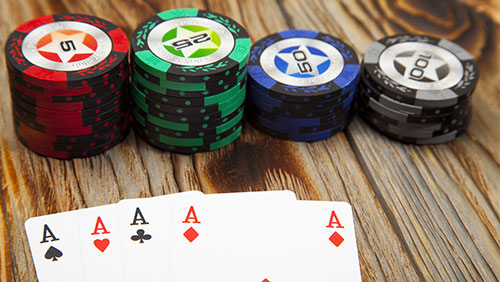 But what if I lived in one of the poorer countries in the world.

How vital would education be then?

PokerStars is once again pallying up with their global charity partner, Right to Play, to raise money for children who aren’t as fortunate as you and me.

The pair host the first-ever PokerStars Play Money online multi-table tournament (MTT) to raise funds for charity on April 6 at 20:00 EST (the International Day of Sport for Development and Peace).

For every person who competes, PokerStars will donate $10 to the Right to Play charity up to a ceiling of 5,000 players or $50,000. A $10 donation provides four months of education to a disadvantaged child.

To give the event a little muscle, a combination of Right to Play Ambassadors and PokerStars Team Pros will compete. Fatima Moreira de Melo, Chris Moneymaker, Celina Lin, Barry Greenstein, Jake Cody, Aditya Agarwal and Fintan Hand will all carry a 5 million bounty on their heads.

Between them, PokerStars and Right to Play have raised more than £1.5m since partnering in 2014. The efforts of Right to Play reach close to two million children every week throughout Africa, Asia and the most impoverished Middle Eastern countries.

One minute you’re pottering around in £35 buy-in tournaments pocketing £350 wins, and the next you’re figuring out what the cheapest suntan lotion is because you’re heading to the Bahamas for one of the biggest live tournaments 2019 will ever see.

Welcome to the world of Gareth Gardner.

Both Kebe and Gardner agreed on an ICM deal that saw the former Premiership star taking the most money, and the pair fought for the $30,000 Platinum Pass for the $25k Player’s No-Limit Hold’em Championship (PSPC)

Kebe started the faster of the two, sprinting into a 7:1 chip lead, but the right combination of cards eluded him, and Gardner was able to mount the comeback of his career to book a spot in the Bahamas. 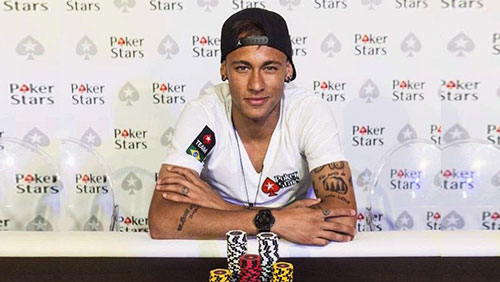 Jimmy Kebe wasn’t the only footballer trying to get a seat in the PSPC this week. Former PokerStars Ambassador, Neymar JR, took to the online felt to try secure one.

While his Paris St Germain teammates were pondering their Champions League exit at the feet the reigning champions Real Madrid, the 26-year-old star – who is recovering from a broken foot, and will be out for the remainder of the season – competed in a satellite on PokerStars, previewing his run on his Instagram Stories.

A nice bit of free advertsing if I ever saw it.