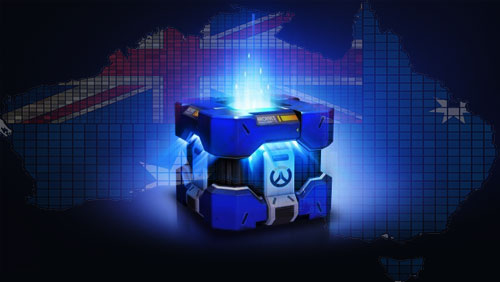 It’s been a fascinating couple of years for world-changing controversies. Cryptocurrencies started to take over, with legacy Bitcoin (BTC) jumping up to $20,000 before settling down. President Donald Trump has embarrassed himself time and time (and time) again. North Korea and South Korea appeared together at the Winter Olympics. Oh yeah, then there were loot boxes.

Loot boxes have probably received more attention than they deserve, but now the Australian government wants to make sure everyone knows that they’re considered to be a form of gambling.  It has published a series of online gambling guidelines that are designed to help “all Australians have safe, positive experiences online.”  The guidelines can be found on the country’s Office of the eSafety Commissioner website.

The gambling guidelines point out that gambling “involves the risk of losing something of value (in most cases money) for the chance of winning a prize (of monetary or some other value),” but adds that sometimes it’s not easy to separate gambling from online gaming. Providing definitions for terms like loot boxes and freemiums is designed to help users make the distinction. The government site also identifies trends and terminology that have been associated with loot boxes, as well as the possible harm that could come from loot boxes, including gambling and purchase addiction.

A loot box is a virtual item that can be purchased, or earned, in a video game. That item has the potential to contain additional virtual items that could be as simple as character customizations or as advanced as weapons or armor. Players can purchase the loot boxes for cash, or play enough to earn points that provide the loot box as a prize. They first came around in 2007 and gained extensive popularity following the launch of the Overwatch video game in 2016.

The most controversial loot box activity, and the catalyst for the global debate, stemmed from the pre-launch of EA Games’ Star Wars Battlefront II video game in 2017. The gaming community complained that the amount of playing time needed to earn enough points for particular loot boxes was extremely unreasonable, and gave an unfair advantage to those that could purchase the loot boxes. When the game was finally released, it was determined that users were able to “mine” points without playing, fueling the controversy even more. EA Games finally pulled loot boxes out of the games, but not before losing $3 billion in stock value.