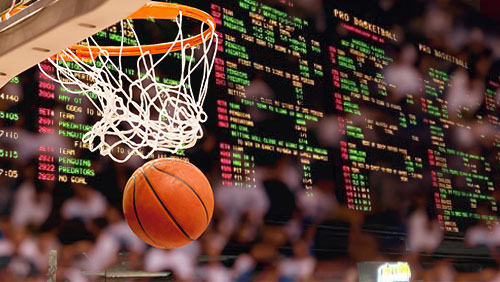 While everyone waits, rather impatiently, to see if the Supreme Court will reverse the Professional and Amateur Sports Protection Act of 1992 (PASPA), there has been an ever-increasing level of state interest to participate in the multi-billion-dollar industry.

Several states are ready to pull the trigger on platforms that will open the doors to sports gambling operations if PASPA is repealed. The states, however, aren’t the only ones wanting to get in on the game. Both the NBA and the MLB have demanded 1% of all wagers, and that decision could kill the industry before it even gets warmed up.

According to Jeff Ma, VP of analytics for Twitter, the sports league’s view is short-sighted and could ultimately hinder gamblers from switching from illegal gambling houses and offshore markets to the legal ones. This idea is spawned from the idea that gamblers won’t be willing to give up 1% of their money just to appease the leagues. Many feel Ma could be correct, and a recent poll of New Yorkers showed that almost 70% were opposed to the 1% demand.

Ma isn’t just another fly-by-night analyst. In case the name doesn’t ring a bell, Ma is the man behind the MIT blackjack team that won millions counting cards before being caught. His story was turned into a book, Bringing Down the House, and then a movie, 21, starring Kevin Spacey. He knows sports leagues like Jeff Bezos knows retail. He has held positions as a consultant for both the Portland Trail Blazers and the San Francisco 49ers.

A better alternative, according to Ma, would be a partnership between betting operators and the leagues. This could lead toward a flat fee somewhere down the line, but not until the legal gambling market becomes stable. In an interview with CNBC, Ma explained, “Traditionally, a lot of the leagues are run by lawyers so they think about how do we protect our assets, they don’t think about how do we monetize our assets.”

Dan Spillane, senior vice president and assistant general counsel for the NBA, justifies the 1% “integrity fee” by stating that compliance measures to prevent betting scandals would be costly, and that the league needs to recuperate this cost somewhere.

“Without our games and fans, there could be no sports betting. And if sports betting becomes legal in New York and other states, sports leagues will need to invest more in compliance and enforcement, including bet monitoring, investigations, and education. To compensate leagues for the risk and expense created by betting and the commercial value our product creates for betting operators, we believe it is reasonable for operators to pay each league 1% of the total amount bet on its games,” Spillane said in a testimony submitted to the New York State.