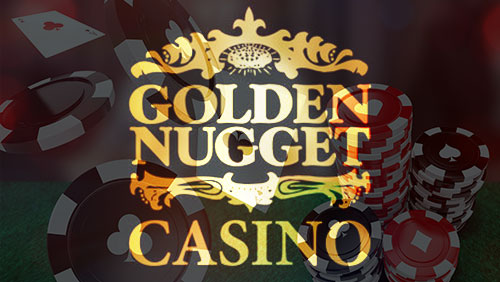 The range of games continues to be an important driver of growth for Golden Nugget, the milestone of being the first over 500+ games demonstrates its continued commitment to its ‘content is king’ strategy.

ATLANTIC CITY, NJ (March 1st, 2018) – Golden Nugget Online Casino has launched its 500th game on desktop a few weeks after offering their 300th game on mobile, becoming the first casino operator in New Jersey to deliver on these milestones. GoldenNuggetCasino.com, the US number 1 online casino, is offering the best, largest and most diversified selection of online and mobile games to New Jersey players.

As the demand for new content increases, the Golden Nugget maintains its commitment to providing a steady flow of high-quality casino games to ensure it delivers on its patron’s mandate for choice and availability. The combination of delivering high-quality games from a large number of games suppliers and the highest number of casino games has contributed to its 81% increase in total wagers in 2017 vs 2016. GoldenNuggetCasino.com paid out over $1+ Billion in winnings to New Jersey players in the last 12 months.

“We added no less than 136 new games in 2017. This year will be no different and in the last few weeks we’ve already launched innovative games such as Live Dealer Casino Hold’em, Slingo and Virtual Sports,” said Thomas Winter, Senior Vice President, and General Manager, Online Gaming at Golden Nugget. “Our market-leading offer more than ever positions GoldenNuggetCasino.com as the online destination of choice for authentic casino players.”

The Golden Nugget Atlantic City, located on Frank S. Farley Marina is a premier resort destination, offering guests more than 740 rooms and suites. The entire property went through a $150 million complete renovations 5 years ago and has taken on a fresh, modern look to include a high-energy casino featuring the most popular slot and video poker machines, table games, and poker room; nightly entertainment, new bars and lounges, Haven Nightclub, stylish retail offerings, as well as Landry’s signature world-class restaurants such as Chart House and Vic & Anthony’s Steakhouse; a luxury spa and salon; and H20 poolside lounge. The Golden Nugget has established strong brand recognition worldwide with locations in Las Vegas and Laughlin, NV, Biloxi, MS and Lake Charles, LA.

Launched in November 2013, GoldenNuggetCasino.com intends to offer the best user experience to New Jersey online and mobile real-money gaming players. Supported by the largest selection of games, a user-friendly interface and a world-class Customer Service, Golden Nugget is the US number 1 online casino operator. It was voted Operator of the Year three years in a row from 2015 to 2017 at iGaming North America Awards and was awarded the Mobile Gaming Product of the year in 2017 by eGaming Review North America.