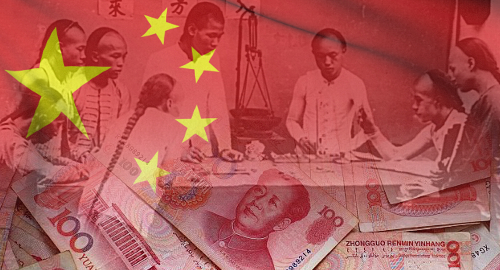 China’s state-run media says the nation is losing its war against illegal gambling in rural areas.

According to the official numbers, some 25,426 police officers were assigned the task of stamping out illegal gambling in the northern territory, and the final figures showed police filing 2,367 administrative cases and 76 criminal cases of illegal gambling activity, along with the seizure of some RMB 3.5m (US$554k) in cash.

The dedication of some of the officers – or the lack of care shown by their superiors – shouldn’t be understated. The report claimed that one group of 40 plain-clothes officers walked 10 kilometers in -30° temperatures to get the drop on walkie-talkie-wielding sentries guarding the roads leading to a warehouse where illegal gambling was going down.

In this case, the gambling activity was an extremely rudimentary game known as ‘digging treasure,’ which involves the use of four small sticks bearing distinctive markings. One of these sticks is placed into a bag or under a piece of cloth, and gamblers wager on which stick will be revealed. (Pot Limit Omaha, it ain’t.)

Over 60 gamblers and four organizers were rounded up in that raid, with the gamblers cited for violating public security while the organizers face more serious criminal charges. Police also seized RMB200k in cash.

Police claim the Lunar New Year period is particularly rife for gambling activity, given that many workers are returning to their rural homes with pockets stuffed with money earned by working all year at city factories.

A police official said the authorities’ main concern was that many of these workers will lose all their money gambling and then embark on actual criminal activity such as robbery in order to recoup their losses.

In a rare display of self-reflection, the op-ed put at least some of the blame on the government, saying rural gamblers were in many cases responding to the “lack of rural cultural and entertainment venues, spiritual emptiness and monotonous cultural life.”

Police were also urged to subject small-time gamblers and first-offenders to “criticism” and “education” rather than stiff penalties, which can reach three years in prison for organizers of large gambling rings.

With the exception of the state-run sports and welfare lotteries, all gambling is illegal on the Chinese mainland. In January, the Ministry of Public Security announced that rural areas would be subject to increased scrutiny during the New Year festivities, and warned that online gambling was also becoming a major area of focus for gamblers in the nation’s hinterland.