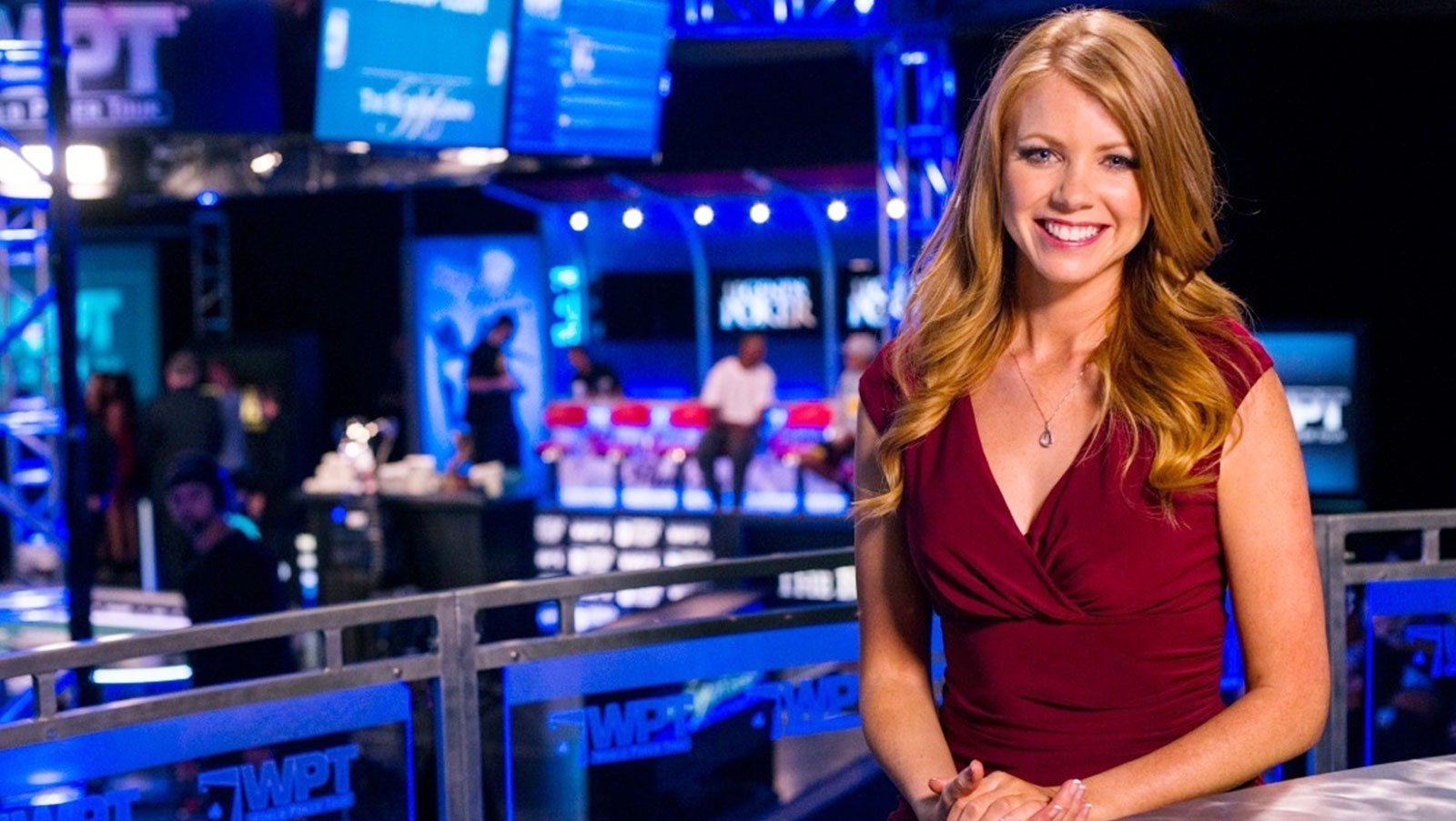 3 Barrels of a World Poker Tour flavour including Lynn Gilmartin stepping up to host the 4th Annual American Poker Awards, Tiger Woods changing the name of his foundation and WPTDeepStacks prepares to go on a safari.

The paradoxical pulse of parenthood doesn’t skip poker. We kneel in the darkness; our hands clenched so tight blood escapes on the pale rider as we pray for the pain, suffering and joy of birth. It’s like missing your flush draw on the river in the final hand of the World Series of Poker (WSOP) Main Event.

But you get my point.

Having a baby is a messy affair.

And not just for the person doing all the pushing.

When I heard the fantastic news that Kara Scott and Giovanni Rizzo were to become parents, I wondered who would fit into those talented heels when the inevitable need to nest kicked in?

Scott fulfils many roles within poker, one of which is the host of the Global Poker Index (GPI) American Poker Awards (APA). The 888Poker Ambassador has been the figurehead of the awards since birth but will miss out when the 4th annual awards ceremony takes place Thu Feb 22 at the Andaz West Hollywood.

Taking her place is the equally magnificent, Lynn Gilmartin. The World Poker Tour (WPT) host expressed her delight and honour to host the latest episode of the APA calling the event one of her favourite nights.

Gilmartin could be in the position of handing out a trophy or two to her kin. Adam Pliska is on the shortlist for Industry Person of the Year, and the WPTDeepStacks event is up for Mid-Major Circuit of the Year.

Click here for a full round-up of the nominations.

Gilmartin is one of the few fortunate people in poker to have the ear of the most celebrated golfer in history.

Tiger Woods partners with the WPT annually for Tiger’s Poker Night in a bid to raise money for the 14-time major championship winner’s charity and this year things will be slightly different (only slightly).

The Tiger Woods Foundation has rebranded to the TGR Foundation falling in line with VGR ventures, which Woods launched in 2016.

“Over the last 21 years, my foundation has grown to be larger than just me,” said Woods. “The TGR Foundation belongs to the community and the students we serve.”

The reason for the rebrand is unclear. None of the supporting media provides any answers. The Tiger Woods Foundation was born in 1996 to help provide educational help to children who struggle to get access to luxuries some of us take for granted.

The last Tiger’s Poker Night took place in May 2017 at the MGM Grand. Phil Hellmuth Jr. acted as emcee, and the likes of Daniel Negreanu, Maria Ho and the Lynne Gilmartin were on hand to show their support.

The Tiger Jam (of which Tiger’s Poker Night forms a part) has raised in the region of $20m since it began in 98.

The WPTDeepStacks Goes on Safari

Shifting focus from tigers to lions and the WPTDeepStacks will return to Johannesburg March 7-18.

Shuffle Up Poker is offering packages for anyone looking to attend (and you should if you can afford to). Each package contains a bucket list ticking safari, one of the reasons WPTDeepStacks Johannesburg remains one of the ‘must explored’ poker events of the year.

Click here to find out more news on the packages.