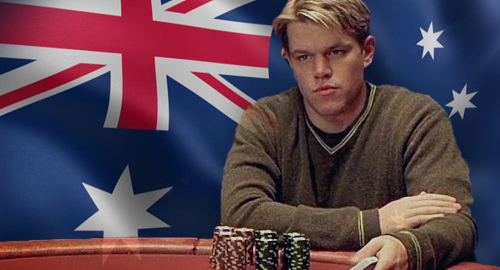 Australia’s poker players are irredeemable gambling degenerates, especially when it comes to their participation in other gambling activities, according to new research.

The Australian Gambling Research Centre (AGRC) published a report last week that draws poker-specific data from last November’s Gambling Activity in Australia report, which was based on the 2015 Household, Income and Labor Dynamics in Australia survey.

This latest AGRC report indicates there are roughly 132k Aussie adults who regularly gamble on poker. That’s only around 0.8% of Australian adults and just 1.9% of those who gamble in a typical month, making poker the least popular regular activity among the 10 most common gambling activities in the survey.

Interestingly, while sports bettors’ second-biggest gambling spend was on a related field (race betting), poker players’ second biggest category was the lottery, followed by electronic gaming machines. In other words, the people who drone on incessantly about their game being skill-based appear primarily drawn to other products in which skill plays absolutely no role whatsoever. What’s wrong with this picture?

Two-thirds of poker player are male, while 71% are under 50 years of age and 65% had a full-time job. Only 15% of poker players held a university degree, well below the 28% national average.

However, the report defines ‘gambling-related problems’ as including behavior that “caused or put [gamblers] at risk of harm.” The inclusion of the theoretical ‘at risk’ criteria belies the full report’s acknowledgement that only 1.1% of Australia’s gamblers actually met the standards required to be designated problem gamblers.