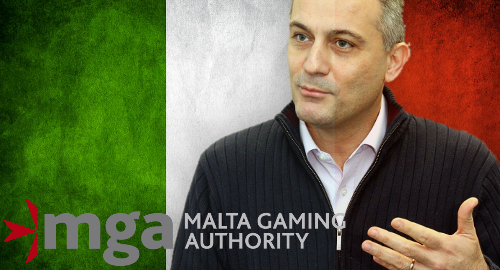 Cuschieri’s comments came one week after the MGA suspended the license of Phoenix International Ltd, which operated multiple gambling sites linked to Italy’s ‘betting king’ Benedetto Bacchi, who was arrested in an Italian police anti-Mafia action dubbed Game Over.

Game Over was the latest in a series of Malta-linked Italian crackdowns in the past couple years, and it followed a public warning from Palermo’s anti-Mafia prosecutor that local Mafia groups were planning to shift their operations to Malta, which they reportedly viewed as “a little paradise.”

On Monday, GamblingCompliance reported that the MGA’s probe into its Italian licensees was only the first stage in a concerted crackdown intended to shore up the MGA’s reputation. While Italian firms make up less than 5% of MGA licensees, an unidentified Malta official said the MGA was having to face “public scandals founded on the connection between Italian entrepreneurs and the Mafia.”

The unnamed official went on to say that the MGA wouldn’t rule out cancelling licenses “if in our investigation we discover any business not provided by the license.”

The MGA’s concern is well-founded, given that the Malta-based gaming industry accounted for over 12% of the island’s gross domestic product in the first half of 2017.