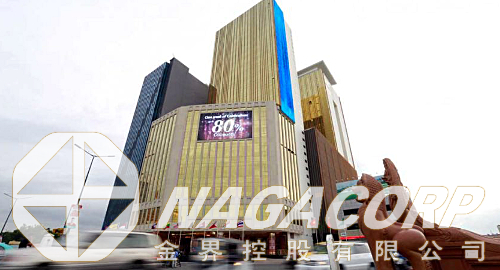 NagaCorp’s flagship NagaWorld property in Phnom Penh got a boost last November from the launch of Naga2 (pictured), which added an additional 1k hotel rooms and 300 gaming tables to the property’s existing elements, and allowed the venue to take advantage of Cambodia’s rising tourism levels.

Despite the costs of launching Naga2, NagaCorp has one of the industry’s more enviable balance sheets, with cash and equivalents of $52.8m at the end of 2017 and no outstanding external borrowings.

NagaCorp expects the good times to continue rolling into 2018, given its expanded capacity, its thriving relationships with VIP junket operators, and the increased tourism to Cambodia’s capital. The government hopes to boost international tourism to 7m annual visitors – 2m of these from China – by 2020.

NagaCorp offered an update of sorts on its Naga Vladivostok resort casino project on Russia’s far eastern shores. NagaCorp claims the project “remains broadly on schedule for operation by 2019” and that “certain key personnel” have been appointed to ensure the company’s first major international expansion continues on track.