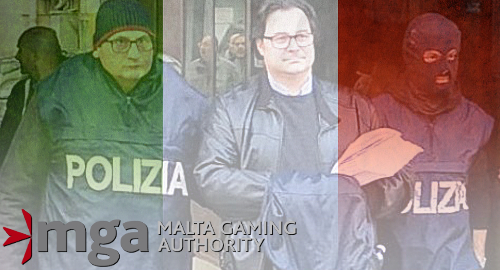 Malta’s gaming regulator has suspended the license of an online gambling operator linked to an Italian anti-mafia police action.

On Friday, the Malta Gaming Authority (MGA) announced that it had suspended the Class 2 remote gaming license of Phoenix International Ltd, which operated several online betting sites, including B2875.com, Bsport24.com and B28sport.com, none of which are currently accessible.

The suspension follows Thursday’s raids on dozens of internet cafés by Italian police, in a Palermo-centered anti-mafia operation dubbed Game Over. Among the 23 individuals arrested on Thursday was B2875 owner Benedetto Bacchi, the so-called ‘betting king’ who reportedly controlled a network of 700 betting shops across Italy.

Bacchi’s betting shops – officially ‘data transmission centers’ or CTDs – featured terminals that connected to the Malta-licensed Phoenix gambling sites. The unauthorized operations reportedly generated undeclared revenue of €1m each month, with a chunk of that sum allegedly kicked back to Cosa Nostra members.

The MGA’s suspension notice ordered Phoenix to “indefinitely suspend all gaming operations, cease to register new players, suspend all transactions on all websites, including deposits and withdrawals, and submit all data and documentation requested by the Authority.”

The MGA further warned the public that any Phoenix-related sites that continue to claim to be operating under an MGA license were doing so without the MGA’s authorization. The MGA said no further info would be released so as not to compromise any current or future investigations into the alleged criminality.

Bacchi and many of his co-accused appeared in court on Friday to be formally charged with money laundering, mafia association, fraud and numerous other offenses. Bacchi declined to speak during his hearing,

It was only a month ago that the MGA was slamming Malta media reports that Palermo-based mobsters were looking to relocate much of their operations to Malta. Bacchi’s fall is the latest Italian bust linked to Malta’s online gambling industry, including the 2015 action targeting Betuniq.